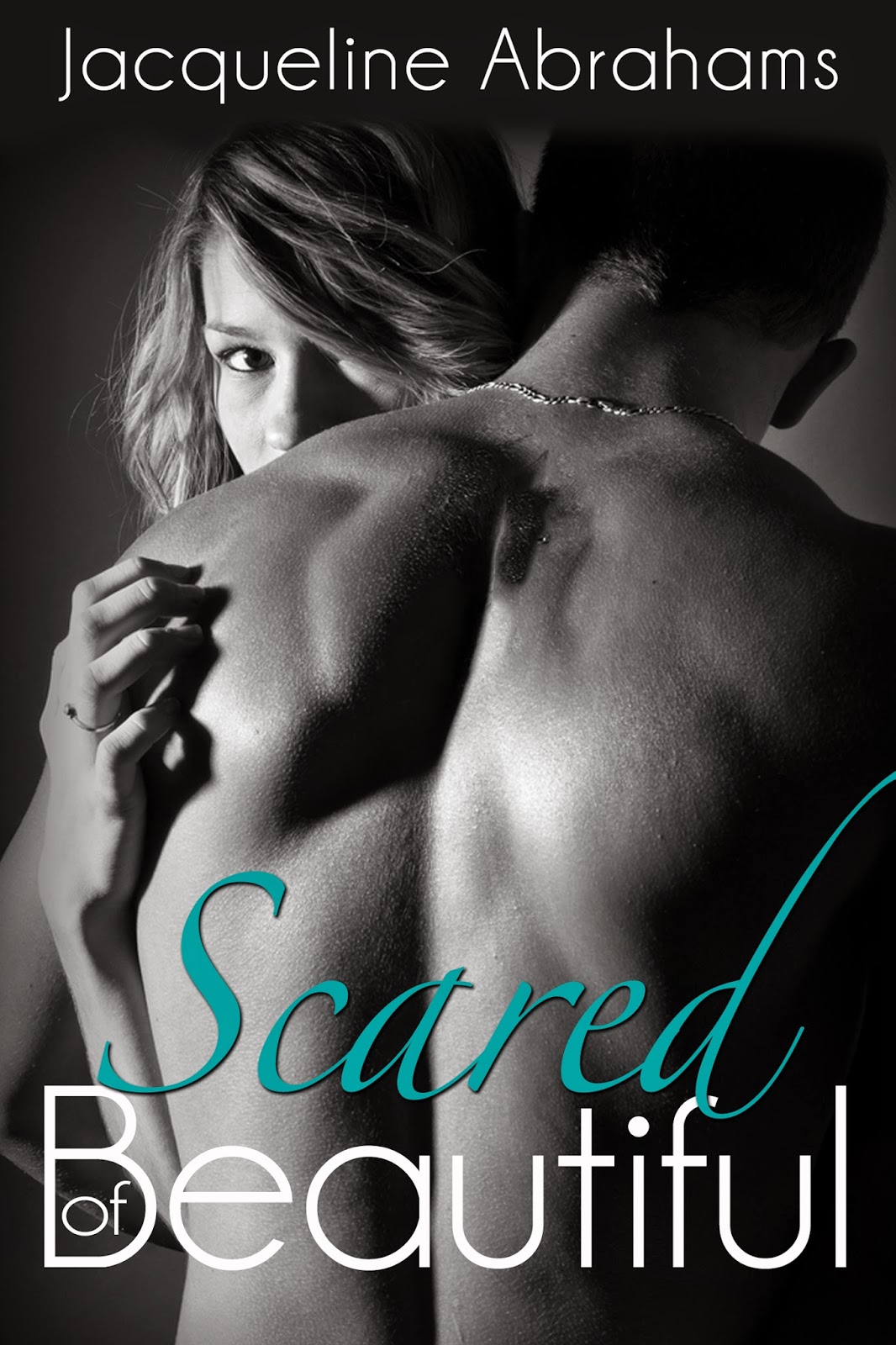 Jackson's life has been less than perfect since
his high school girlfriend took the back door out of his life, permanently.
After years of subscribing to an existence of less than gentlemanly behaviour,
he decides to man up and go to college, promising to be done with random hook
ups and female drama.

They had it all worked out, each one had a plan.

At least they did...until they met.

Together they run from everything; from life,
from happiness, from each other. They are two people both so scared; of
heartbreak, of repeating past mistakes, of trusting someone else. Two people
simply scared of beautiful...

Please note: Scared of Beautiful is recommended
for mature audiences 18+ due to sexual content and language 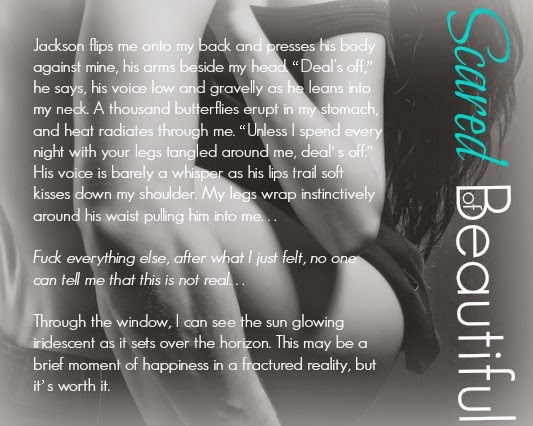 
I didn’t, however, take into account that when I was trying to be an elusive ice queen, that I am and probably always will be annoyingly comfortable in Jackson’s company. After stuffing our faces, we order drinks and relax into the evening, which as it turns out, flies by with ease. The more scotch I drink, the more attractive Jackson becomes and my eyes revert more than once to the bulge in his jeans. If he notices, he doesn’t mention a thing, but does casually adjust his pants when I lean forward to grab my phone from my bag, or to reapply my lip-gloss. I know I’m teasing, deliberately bending forward to flash my black lace bra. I want him to want me. But at the same time, I told him not to. More than once in the evening I’m distracted by the head versus heart versus vagina dilemma I have going on.


“This is nice,” Jackson says quietly during our third round of drinks.


“Having drinks, no pressure. I guess we can be friends after all. Who knew?” He gives me a cocky sideways grin.


“Not even missing me a little?” I try to sound nonchalant, but the sadness makes its way past my smile.


“Every day,” he says looking down with sudden interest at the label on his beer bottle. “If being friends is the only way to see you, then it’s what I’ll gladly take.”


The conversation stalls right then, because truthfully, there’s nothing either of us can say. We’re both lying and we know it. This awkwardness, this conversation, will always be the elephant in the room for us.


I knock back the contents of my glass and order another. I should stop drinking. That’s what I should do. We should say goodnight and exit stage left to our respective lonely beds right fucking now. But neither of us go. Neither of us can. The Clever Bean around us is alive with the sounds of glasses clinking and drunken merriment. I knock back the next glass as it lands in my hand.


“I should go,” I say with hesitation before grabbing my bag.


Jackson gives me a cocky grin, “Mama said to be a gentleman at all times. Gotta listen to mama, now.”


I shrug and we walk. The whiskey obviously has had a much stronger effect on me now that I’m standing up and using my lower extremities. After me missing the curb twice, Jackson slides an arm around my waist. I would tell him to back off, but he’s all that’s keeping me walking in a straight line. And he smells so fucking good, like soap and fresh mint mixed with an ocean breeze.


This half drunk, half lucid state that I’m in is doing nothing to help me maintain my resolve. I want to fucking leap into Jackson’s arms, wrap my arms and legs around his person and hold on for dear life. The urge almost brings me to my knees a few times in our short walk. I stay silent, as I’m not able to trust myself with whatever could spew verbally from my mouth. Jackson opens my building door and holds it open for me.


Yes, no, not really, maybe. What the hell do I say? Before my brain formulates a decent response to the question, my body answers for me, and my traitorous lips crash into his. Jackson grabs my waist and kisses me as though he’s been roaming a desert and I’m his oasis, his water.


“Maia.” My name leaves his lips through the kiss in a guttural moan, and it sounds so freaking hot. It must be the alcohol affecting me, because every nerve in my body feels like it’s laced with live voltage.

Jackson pushes me up against the far wall, and the first thought that pops into my head is, thank God I don’t have a doorman. My body rocks between the wall and Jackson, and his hips grind me into the plaster so hard I’m worried for a moment that I’ll go straight through. Our kisses are feverish, almost suffocating us, and the air around us electric. He struggles to find bare skin, practically clawing at my clothing. Without a moment’s hesitation, I reach down for his belt buckle, my fingers clumsily prying it apart. I want to feel Jackson so badly that the thought clouds every other in my mind. 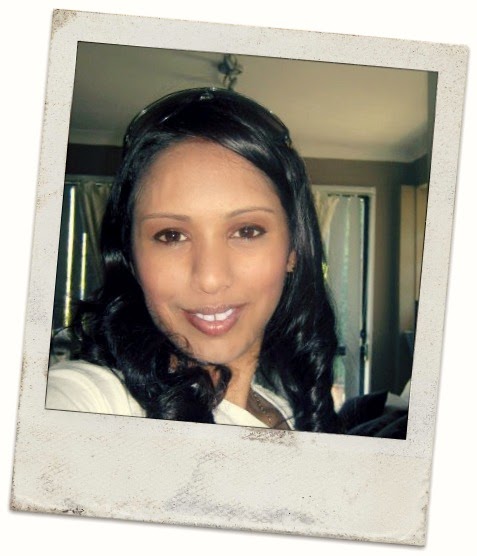 
Jacqueline Abrahams is the
author alter ego for an ordinary mum to three children (two human and one
canine) and wife to one husband. Born in South Africa, she now calls Sydney,
Australia her home.

A collector all things books
and bookish, she in an avid reader and has a tiny obsession with filling
bookshelves. When she's not preoccupied wearing her aspiring author or mummy
hat, she is working her way towards completing a degree in Primary and
Secondary Teaching (with an English major of course!)

Scared of Beautiful is her debut new adult
novel, the first in The Scared Series.

Posted by PNR Book Lover Reviews at 7:04 AM