No longer controlled by her mother, manager, or former fiancé, pop star Shae Armstrong steps out on her own and into the path of Nick DeMarco, a wealthy investor with alleged ties to organized crime and real childhood scars to overcome. She wants to take it slow. He needs her now, in his life and in his bed.


Nick’s enemies threaten her career, her friendships, even her sanity, but not her heart - the one thing Nick holds precious. He proves his love is real, and she stops running. Until everything around them falls apart, including him. He swore he would never hurt her. Instead, he almost destroys them both.


Buoyed by her new-found confidence and strength his love instills in her, Shae makes a dangerous choice, sacrificing her happiness for his, just like he always does for her. Unable to let her break the connection between them, Nick accepts the trust she places in him, the depth of her love giving him the courage to try again.


Now that she’s found her own voice and helped him see who he really is, can Shae survive the challenges of living in Nick’s world? 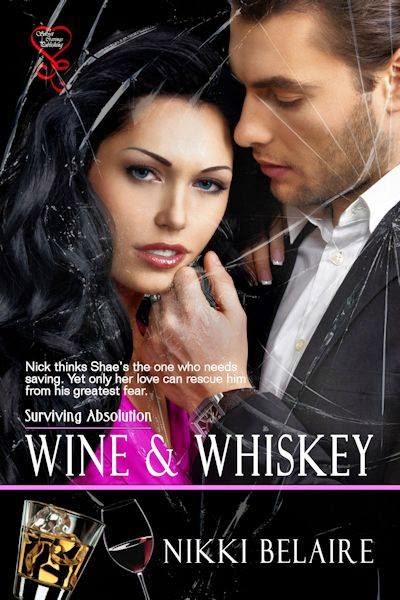 Pinkness tints her cheeks as she tilts her head,
tucking a strand of hair behind
her ear. Her sudden shyness intoxicates him, a
heady combination of adorable and sexy, making her pleasure his only goal. He
slips his hands under her negligee, lifting it off and tossing it aside. The
pressure in his groin almost erupts at
her pink nipples straining taut against
his chest.

Keeping him from taking one in his mouth, she
slides her delicate hands under his chin, studying his face, scanning his
features as if searching for something beyond the surface. He freezes under her
gaze. She delves deeper than any other woman, almost farther than he can
endure, fearful she’ll pierce the mask hiding the real him. And, despise what
she finds underneath. His voice chokes in his throat. “What?”

A soft smile graces her angelic face. “Has anyone
ever told you how wonderful you are?”

No. Because no one’s ever thought it but her.

Her mouth finds his. Chaste kisses, smiling against
his lips. “And romantic.” Pressing softly, barely touching. “Thoughtful.”
Driving him to the edge as he resists every urge to devour her. “Sexy.”

Just when he can’t hold back any longer, she
thrusts her tongue inside, making him moan as his fingers slide across her
cheeks and into her hair, absorbing all of her sweet essence. Fighting to
control his desire, he breaks away, dipping
his head and flicking his tongue
against the hardened nub, keeping her in place as her back arches. She drives
her hands through his hair, wrapping her fingers around the burgeoning curls on
his neck he hates, her breathy whisper like fireworks against his skin. “These
are perfect to hold on to when you make love to me.”

Okay, maybe they aren’t so bad. She lifts up from
straddling him as he grasps the waistband of her panties. Her fingertips burn
his skin in their urgency to help him push them down. In her raised position,
he teases her wet core, stroking the soft folds before plunging a finger
inside. She gasps, her legs trembling, and begins to lower herself back down.
Wrapping his arm around her waist, he holds her up as she rests her head on his
shoulder. His body flames with need at her lips on his ear. “Your fingers are
magic.”

“That’s not my only trick.”

As she whispers his name, her hands move to his
pants, unbuttoning and unzipping them as he lifts up to free himself from the
fabric separating them. He reaches
into his pocket and pulls out a foil packet
before kicking his pants all the way
off. Her eyes never waver from his as he
guides her hips over his throbbing tip.

She slides down his length, her lips parting in a
sharp gasp, her small fist wrapping around his shirt. Pain grips his chest at
her hesitation. “Are you okay?”

A slow smile curls her lips as she nods. “I’ve
never been on top. You’re a lot to take in at once.”

Coiling her arms around his neck, she slowly raises
and lowers her body, letting him stretch and fill her, building tension in him
begging to be released. Silky perfection moving under his fingertips. All he
can see is her. Nothing else
exists. No barriers between them. Only her
sweetness surrounding him, flowing over him like the purest honey. “Do you know
how much I love you?”

She nods, her eyes heavy with desire, locking with
his. God, she’s so beautiful. “How right this is?”

Her head dips again, her gaze boring into his,
humbling him with the enormity of her love.

“How I'm never letting you go?”

Her pace quickens at his words. Their bodies’ slick
with sweat, skin sliding against skin as she accepts him completely. He grasps
her hips, grinding into

her while helping her ride him faster and deeper.
The rhythm of his hard thrusts matches her racing heart against his chest, her
muscles pulsing and tightening around him. “Nick, I...”

He can’t hold back, and he’s taking her with him.
“Tell me, sweetness.” 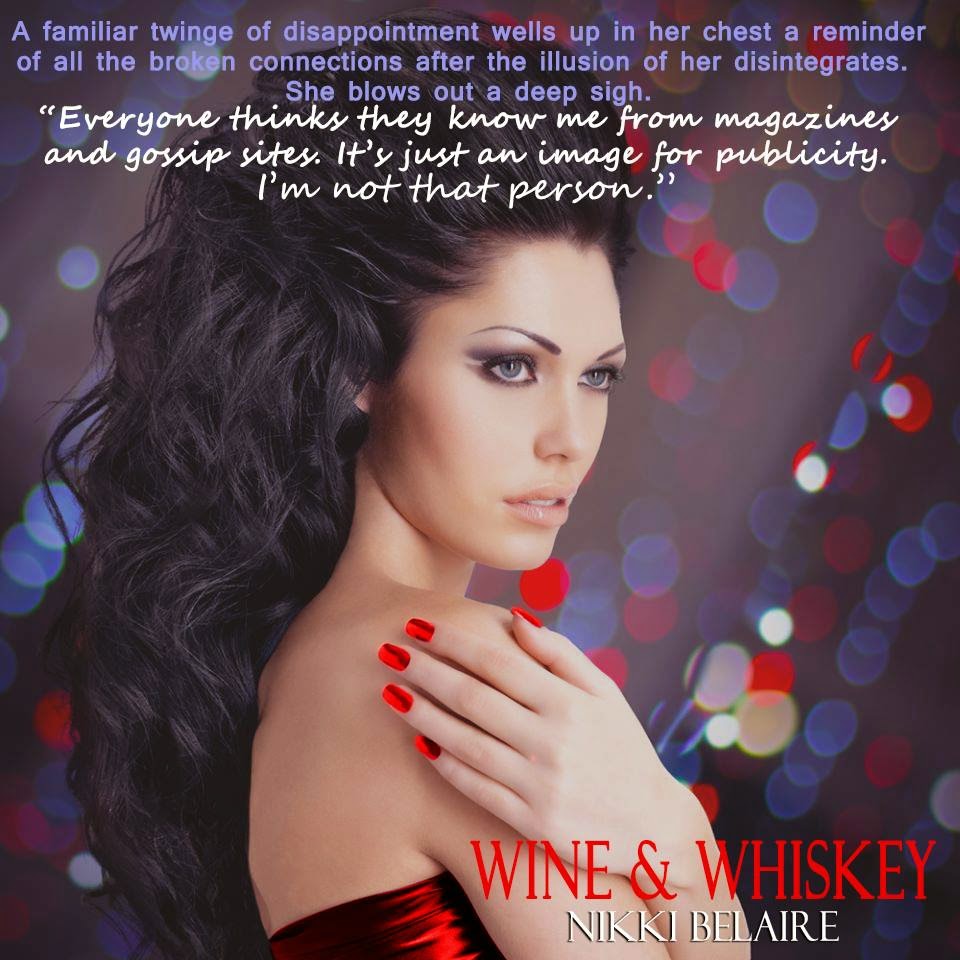 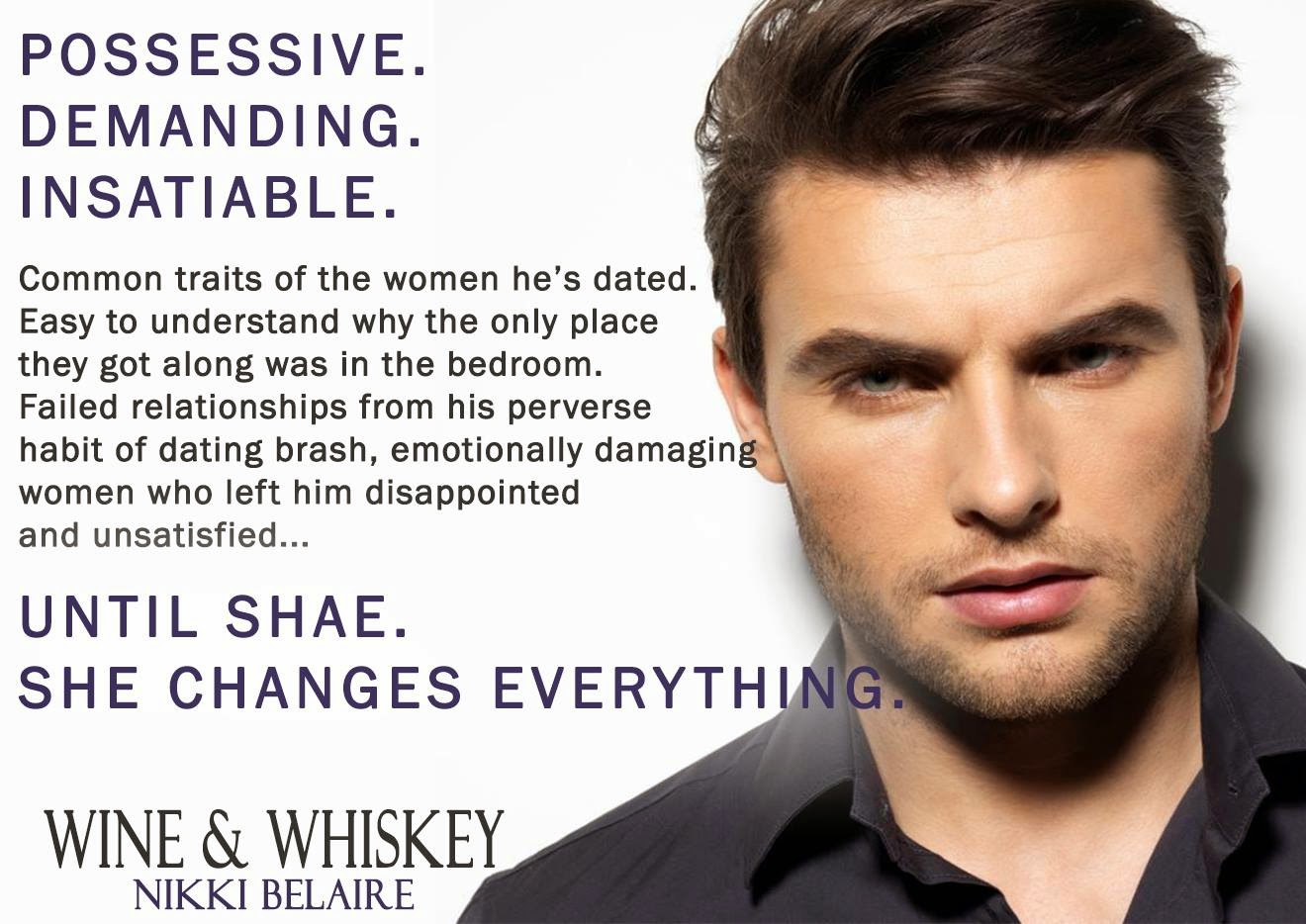 Nikki writes contemporary romantic thrillers and admits to a weakness for alpha males and bad boys, especially ones who can’t live without the strong women they love. She spends more time in her characters’ lives than her own. But, when she’s in the real world, her passions include reading, wine appreciating, running, and spending time with her husband and daughter. 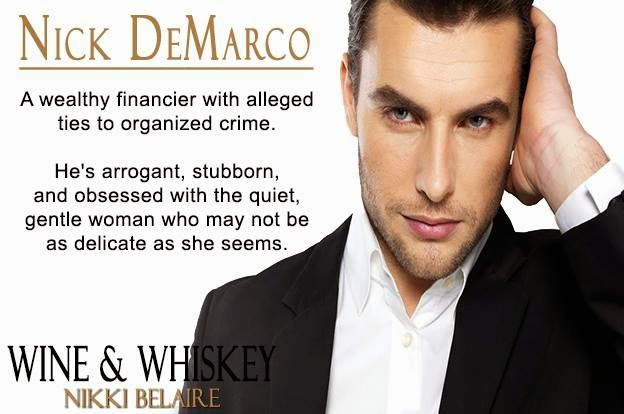 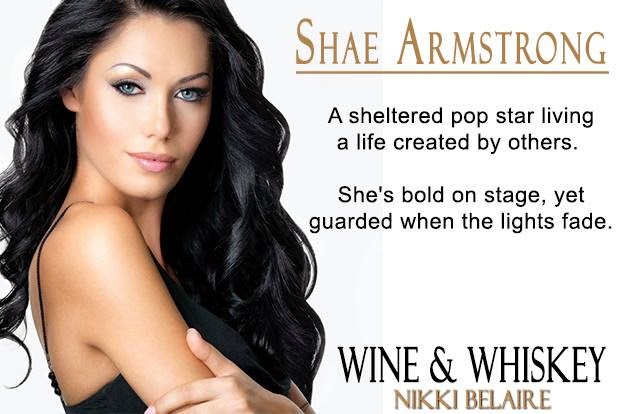