release blitz for Kyle's Return by L.P. Dover on April 13

I promised myself I’d stay away from dangerous men, but I couldn’t live up to that when Kyle Andrews came back to town. He’s a manipulator, a guy who’ll do whatever it takes to get what he wants, sabotaging anyone who gets in the way. After a fatal fight left him wounded, his UFC career came to a close. He has nothing, but he’s determined to get it all back.


My name is Megan. I’ve known violence, pain, and what it feels like to be scared to live another day. All of that changed the moment I refused to be a victim. Now that my psychotic ex, Alex, can’t find me, I’ve been given a second chance. I owe my life to my friends. The same goes for Kyle. Without him, I wouldn’t be able to feel.


Everyone hates him. But for the life of me I don’t. There’s something about him I can’t ignore. Being with Kyle makes me want it all. However, in loving a hated man, I didn’t know it’d bring the life I fled from back to haunt me. Everywhere I go danger lurks and bad things happen. Kyle believes it’s because of him, but I’m starting to think otherwise. I think Alex has found me, and if so, this time he’s not going to let me go. 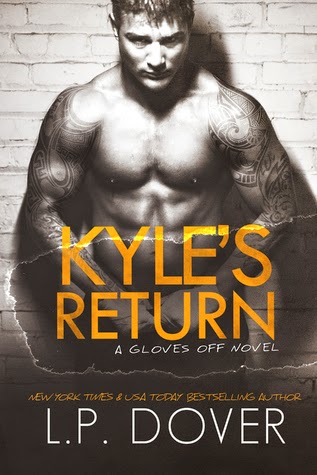 Letting my hands go, he reached around my waist and pulled me into his lap. “Kiss me. And not because I asked you to, but because you want to.”


“Then I would say you’re a liar. Your mind may say no, but your body tells me otherwise. I’d rather you listen to your body.”


I got up and straddled his lap, using the back of the couch, I boxed him in with my arms, leaning in until I could feel his hot breath on my lips. I felt his body flex in anticipation and the movement made my insides twinge. He wanted me and I held the upper hand. It was a rush of adrenaline. He leaned in, trying to make the connection, but I sat back and smirked, maintaining my space. I thought he’d laugh at my power move, but his eyes turned dark with need.


Leaning in again, I pressed my lips to his, softly at first, but then I bit his lip and sucked on it, rocking my hips into his arousal. His grip lowered and tightened on my ass as he deepened the kiss, groaning into my mouth. I wanted to rip his clothes off right there and knew this was moving too fast. He hadn’t proven enough yet, I’d be stupid to give in now. Breathing hard, I broke away and sat up. “The answer, by the way, is yes.”


“What’s the question?” His half-lidded gaze caught mine as he pushed up into me a few times, his body less willing to stop than his mind.


“The one you incessantly asked me every day this week, if I missed you. And the answer is yes, I have. Just don’t make me regret it.”


The door opened behind us. “For Christ sake!” Nic whined as she barged into the living room and caught us grinding on the couch. “Have you never heard of a bedroom? My eyes may be permanently damaged now. Do they have Lasik for this type of shit?”


After she dramatically made her way to her bedroom with one hand over her eyes and the other out in front of her, the moment between us had cooled. At that point, we decided it was best for him to head home before things went any further.


It was a good thing Nic had such bad timing, otherwise who knows what we would’ve ended up doing. 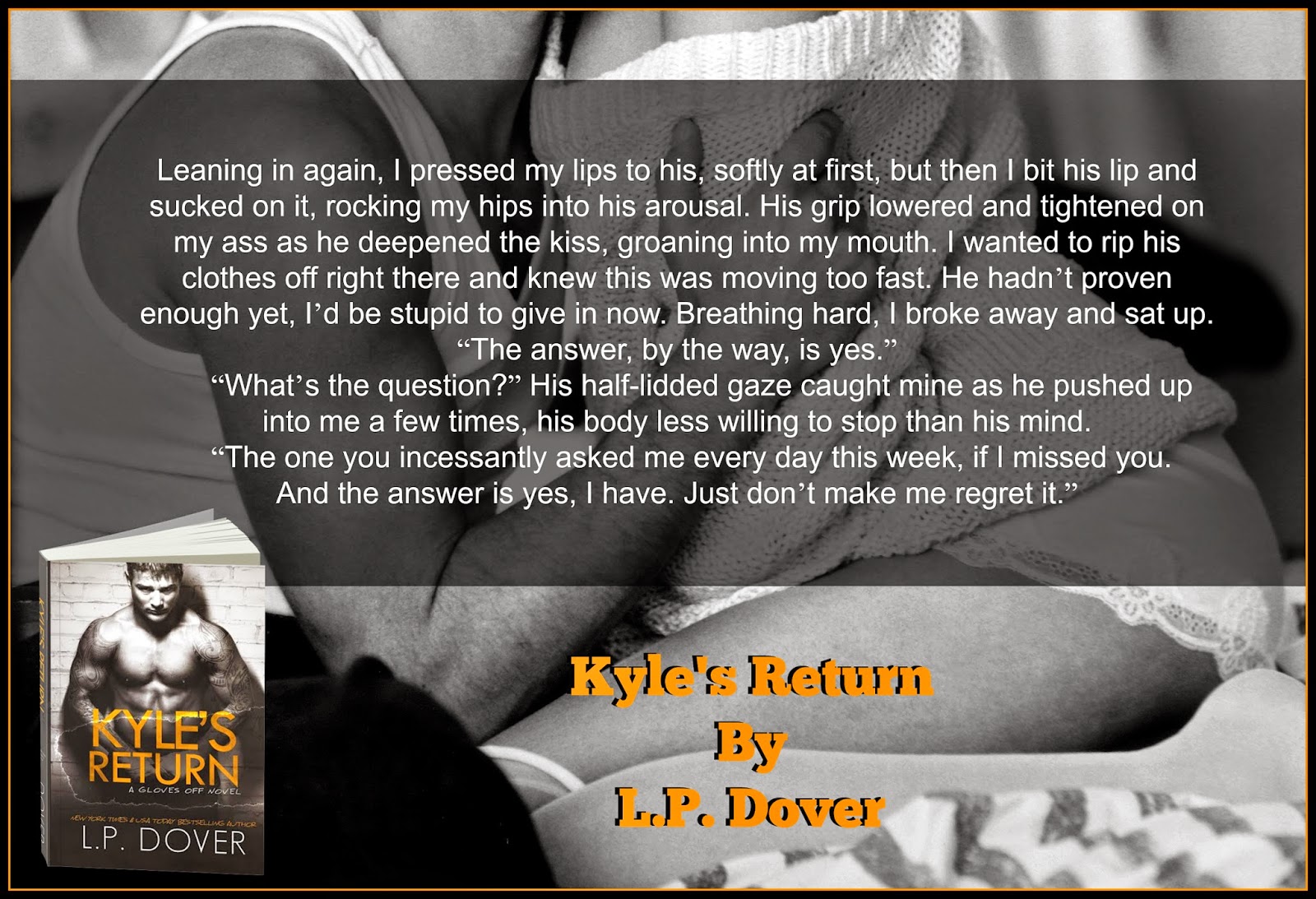 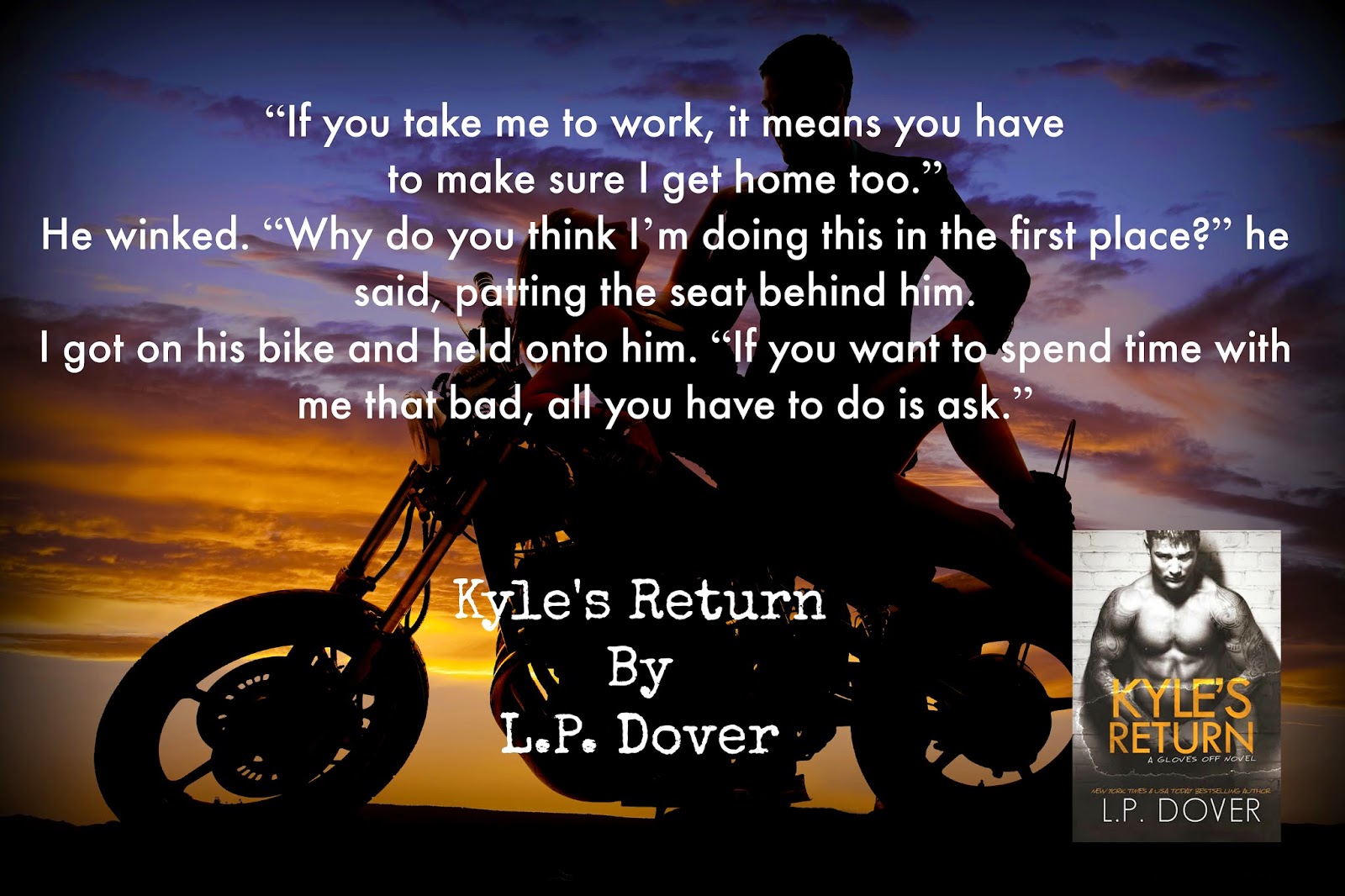 New York Times and USA Today Bestselling author, L.P. Dover, is a southern belle residing in North Carolina along with her husband and two beautiful girls. Before she even began her literary journey she worked in Periodontics enjoying the wonderment of dental surgeries.


Not only does she love to write, but she loves to play tennis, go on mountain hikes, white water rafting, and you can't forget the passion for singing. Her two number one fans expect a concert each and every night before bedtime and those songs usually consist of Christmas carols.


Aside from being a wife and mother, L.P. Dover has written over fifteen novels including her Forever Fae series, the Second Chances series, the Gloves Off series, and her standalone novel, Love, Lies, and Deception. Her favorite genre to read is romantic suspense and she also loves writing it. However, if she had to choose a setting to live in it would have to be with her faeries in the Land of the Fae. 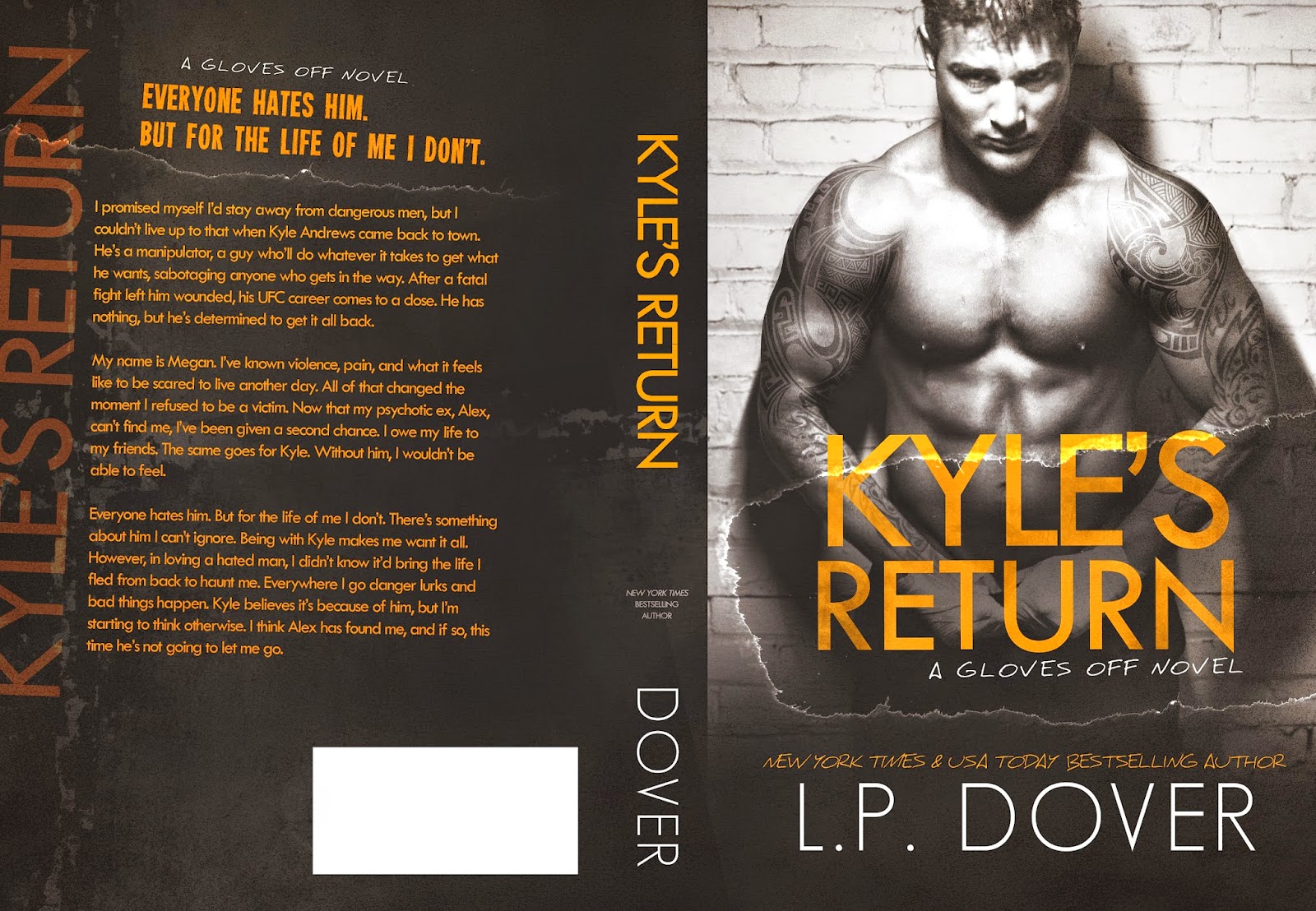