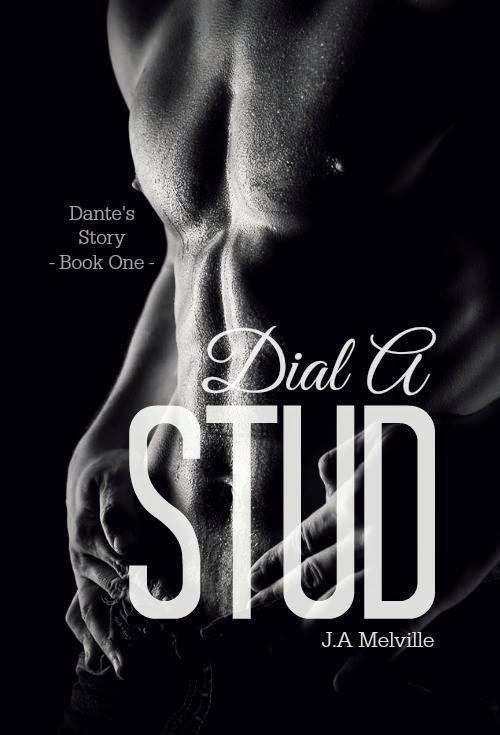 Sexually frustrated Grace was tired of dead end relationships, or men that were dead in the sack. Where were all the hot and sexy studs, instead of the duds? That was the question she asked her best friend, and house mate Mel, frequently. Then they saw the ad in the paper, Dial A Stud for all your sexual fantasies. It sounded perfect, but seriously? They could never call; could they? With the decision being no, they dismiss it from their minds. One night while at the club with her friend, Grace meets a gorgeous man, but since she’d made a pact with Mel, not to bring any man home with her, she reluctantly walks away from him. In an effort to purge him from her mind, she impulsively calls Dial A Stud one evening, while home alone. Enter Alex and Dante, the two masked, hot and sexy studs, determined to give her everything she could dream of sexually. They gave her a night to remember, a night unlike anything she’d ever experienced before, and they gave her the fantasy. There was something about Dante though, the sexy Italian that stirred her emotions. What was it about him? Why did he seem vaguely familiar? When she learns of his deception to get closer to her, she’s angry at first, until she has a change of heart, and goes to see him, wanting answers. Finding him sick and feverish, she stays to nurse him back to health. As they spend time together, their relationship begins to blossom. Grace learns so much about this incredibly sexy man, and realizes there is far more to him, than she could have ever realized. It is during her stay with him, that he reveals something that will change everything, between them forever. Just when it looks like there might be hope for their future, Grace’s old insecurities surface, and she knows she can’t keep her secrets from him indefinitely. Dante’s lifestyle is more than she ever dreamed it could be, and it only adds to her fears. Will Grace overcome her feeling of not being good enough for him? What will he do when he learns her secrets? Can they overcome all that threatens their relationship and have a future together?

For as long as I can remember, I've loved to write, poetry, short stories just about anything. My English teachers in school kept telling me I should write and it took me a lot of years to finally get around to it.


I spent too long worrying about failing as a writer before I realized that living with the regret of never trying was worse.


I live in a sleepy country town in Tasmania, Australia with my partner and our three children, who aren't so little anymore, plus a whole assortment of animals.


My interests are writing of course, reading, watching movies and hanging out at home with my family, our six cats and one dog.

You can find me on Facebook under my author page J. A Melville and my book's page Natasha's Awakening.