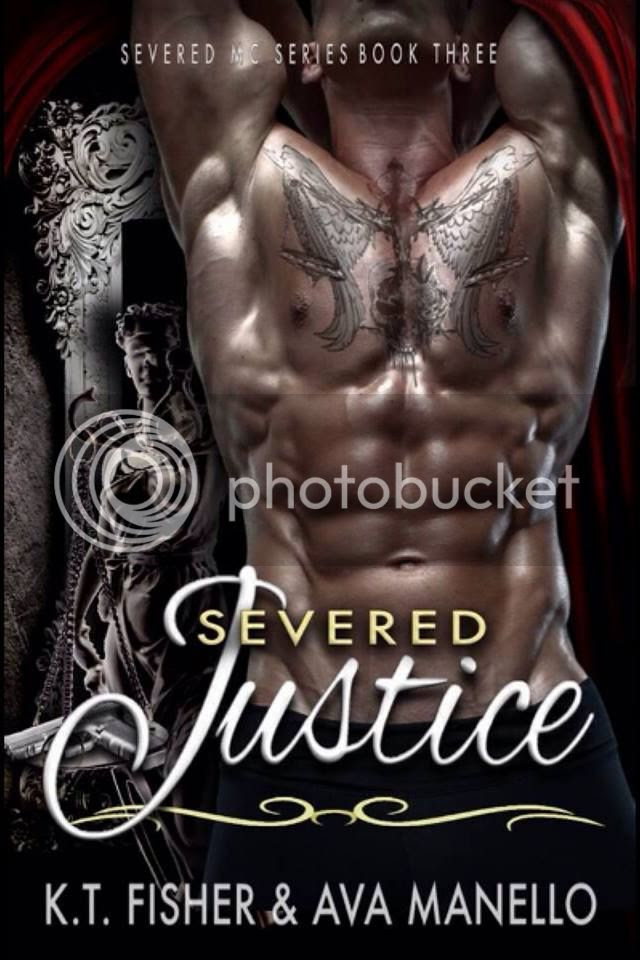 Your favourite Severed MC returns with more chaos, more danger and more fireworks.
Satan may be gone but the danger isn't.
With revenge on the cards from more than one player and hot blooded new comer Justice stirring things up, the people in the town of Severed are in for one hell of a ride. 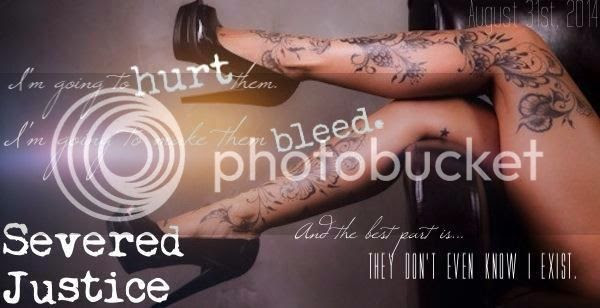 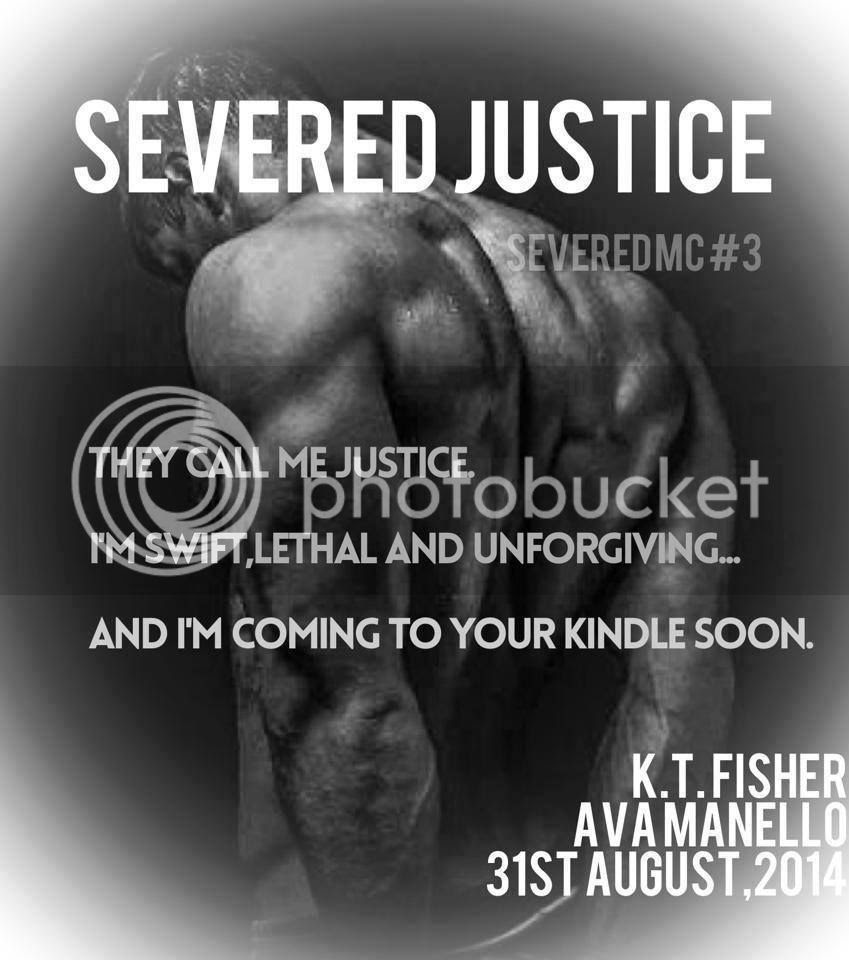 The van is hot as hell. I’m watching the house across the street because I know he’s in there. The fucking dick!

I know for a fact he hasn’t left because I’ve been sitting here all fucking day. It’s finally dark, and any time now the little shit is going to leave the house. Then he’s mine.

Cowboy’s with me, but he’s been quiet the whole time. He’s still hurting over losing Cassie and I can’t blame him, it’s only been a few months. Satan may be dead, but it doesn’t stop the guilt we all feel that we weren’t quick enough to save her, nor smart enough to work out what was going on under our own roof.

I straighten up in my seat as I see the hallway light go out. I nudge Cowboy awake, motioning towards the house. It’s time.

I clench my fists as I watch Ted walk over to his car. The slimy piece of shit has been leading my sister on, no fucking way am I letting him off with that shit! My sister means everything to me. Ted is unlocking his car door, when my arm goes around his throat. My approach as always is silent. Deadly.

“What? Who? You can’t do this to me.” He starts to protest, struggling in my arms.

“Shut the fuck up. You’re going to walk over to that van, quiet as a mouse or I’ll start carving pieces of you off as we walk. Choice is yours.” I whisper the words harshly in his ear. As soon as he hears my voice he knows who I am. What I am. It’s enough to cause him to freeze in terror. Cowboy groans in disgust. I tense as I realize what Ted’s done. Shit! The bloody coward’s gone and wet himself. Not only is he a dick, he’s a fucking coward too.

“Please don’t kill me.” He whimpers. Yep. He’s a fucking pussy all right.

If I were him, I’d put up a fight. Stand my ground and be a man! Not whimper and beg. Men like him make me sick.

“I’m not going to kill you Ted.” I reassure him. Although it is really fucking tempting. “That would be far too quick and painless.” Ted whimpers some more so I tighten my hold around his neck. God I’d love to snap it! “I told you to be fucking quiet.” I command.

I practically have to drag Ted the few yards from his driveway to the van. Being careful not to let his piss stained trousers touch me. Cowboy’s ready and waiting for me, the sliding door open. He reaches into his back pocket, a move that causes Ted to start whimpering again. What a fucking wimp. What the fuck did my sister see in him? I’ll never understand it.

Cowboy withdraws some black cable ties from his pocket and uses them to secure Ted’s wrists behind him. He moves to his ankles, doing the same.

“For fuck’s sake Ted.” Cowboy complains. “You a little momma’s boy? You’ve gone and pissed yourself like one.” There’s disgust in Cowboy’s voice.

He pushes Ted face first into the back of the van. Ted is hampered by the ties but manages to crawl a little further in, allowing me to slide the door shut. Not that I’d care if I trapped anything anyway! Cowboy jumps in the passenger seat next to me and I start the van. Moving slowly at first with the headlights off, until I hit the end of the street. The less any busybody neighbors see around here the better.

I only drive for a few minutes before I hit the trail road I’m looking for. This abandoned shack is perfect for what I have planned for this evening. It’s far enough from the town that no one will hear Ted scream. And I intend to make him scream, a lot.

Cowboy and I came here earlier to set up. Everything we need is inside. Cowboy drags Ted from the rear of the van none too carefully. Because of the ties on his ankles he can’t walk. Thanks to wetting himself Cowboy refuses to throw him over his shoulder and carry him. Instead, he grabs him by the wrist ties and drags him along the rough dirt path. That must hurt, but to be fair, considering what I have planned for him, that’s nothing.

Ted’s eyes go wide when we enter the shack and he sees the chain hanging over the solid wooden beam. Cowboy quickly secures him to it as I lean against the wall, listening to Ted’s whimpering. It’s really getting on my fucking nerves. Cowboy moves out of the way as soon as he’s done and I grin. Ted’s hanging by his arms, his feet not quite able to touch the floor and take any of the weight.

I slowly walk up to him. When I’m standing so close that we’re practically nose to nose Ted’s breathing quickens. I’m taller than he is. It’s just something else in the long list of things I don’t like about him.

I see the look of absolute fear in his eyes and it gets me hard. Don’t get me wrong, I’m not fucking gay but hurting people that I hate, that deserve it, gets me worked up and Ted really deserves it for what he has done to my sister! My reputation precedes me. Ted may think he knows what’s coming tonight. Trust me, he hasn’t a clue. What he imagines and what I have planned are poles apart.

“You’re not going to die tonight Ted.” There’s a spark of hope in his eyes. A little hint of relief and I can’t allow that. “You’re going to wish you were dead though. So much so, that you will beg me to kill you." 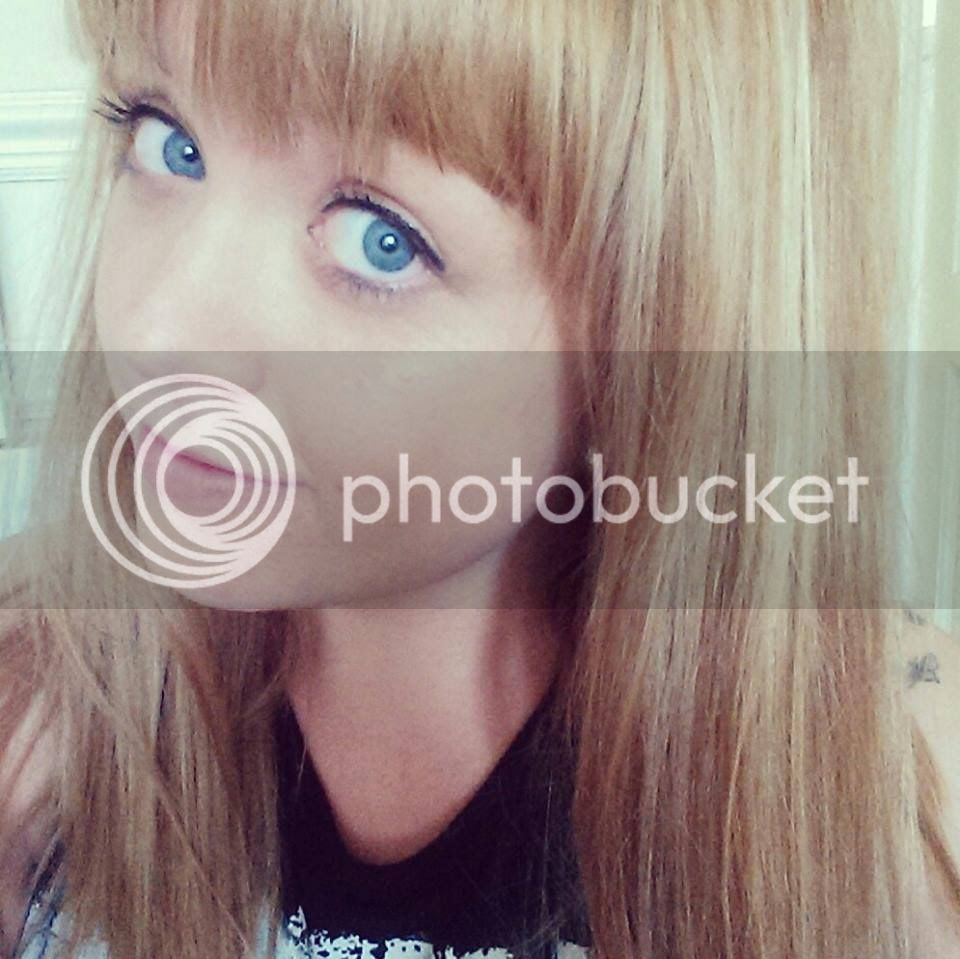 I love reading, it's my favourite hobby. I've always had ideas for my own books packed into my head so I thought I would write them out for people to enjoy 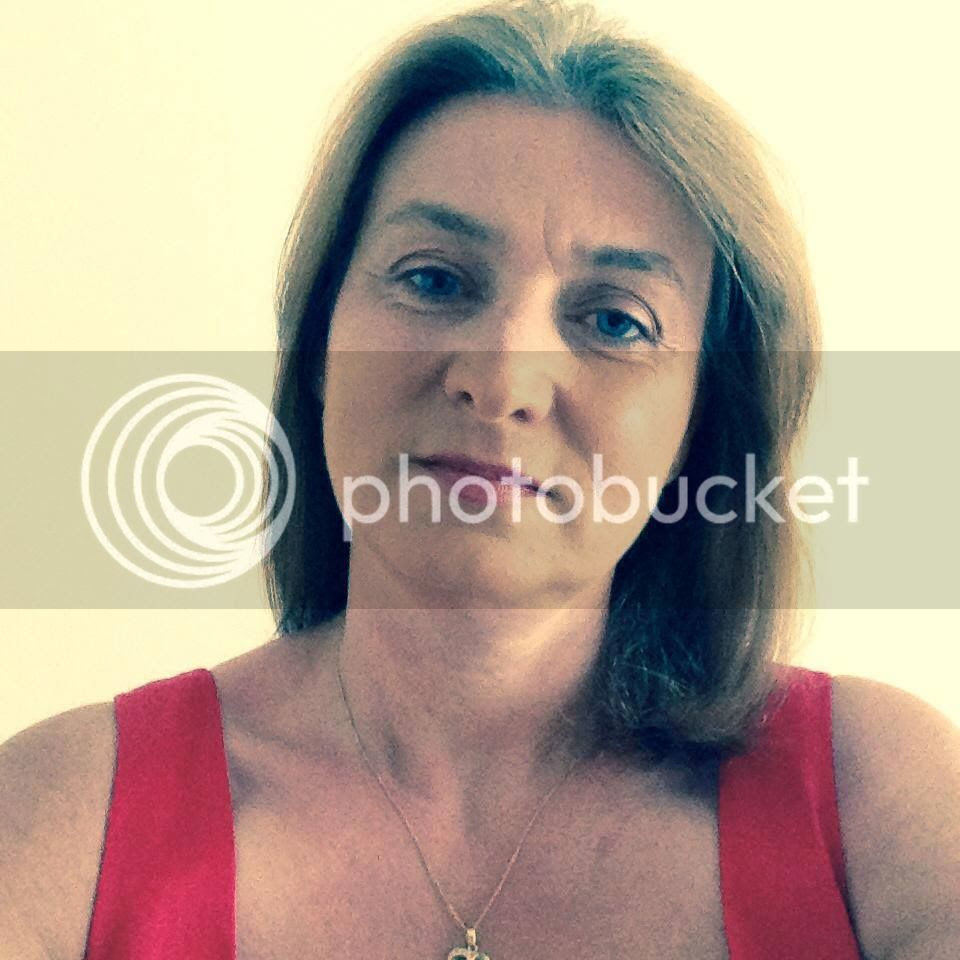 Other Books in the series: 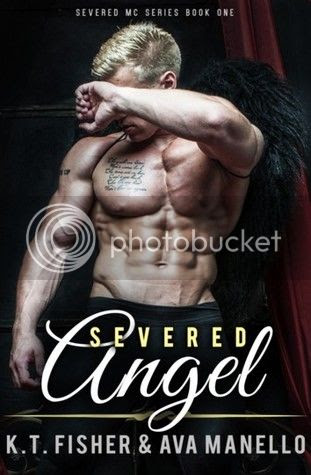 Eve could never have imagined that her trip to Australia, where she is set to be maid of honor for her best friend's wedding, could turn from exciting to deadly so quickly.

Her sheltered and boring vanilla life comes to a screeching halt when she arrives in Australia and witnesses a shocking MC murder putting her life in extreme danger. The Carnal MC are a dangerous and savage motorcycle gang who want Eve and will stop at nothing to seek their revenge.

Just when it seems her nightmare fate is sealed, Eve is rescued by the Severed MC and quickly falls for the club's Vice President Gabe aka "Angel". This could be just the diversion she needs. With her new protectors, Eve faces a whole new life she never could have imagined...

Gabe never wanted an old lady. One look at the beautiful Eve cowering at the hands of the enemy changes all that. Starting a war with the Carnal MC and having Eve in his bed is just the beginning.

When Gabe stakes his claim, he goes all in. War with Carnal MC is just the price of making Eve his, and only his. But love invites blood and tragedy in an MC's life.

Just when it's looking up for his MC and his new woman, a savage attack blows the lid off everything. Revenge possessed and determined can the hot tattooed biker save her from the danger that lies ahead? 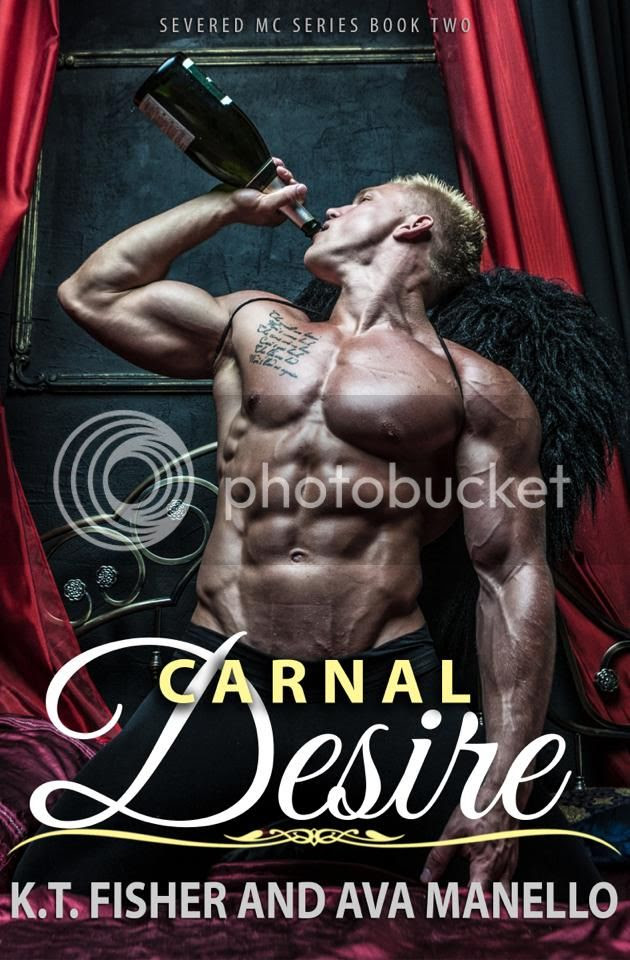 Eve returns home unaware danger is hot on her heels. Will Satan get the revenge he seeks, will Angel save the woman he loves or will Ink get the woman he deserves.

The nail biting conclusion to the story that crosses two continents...