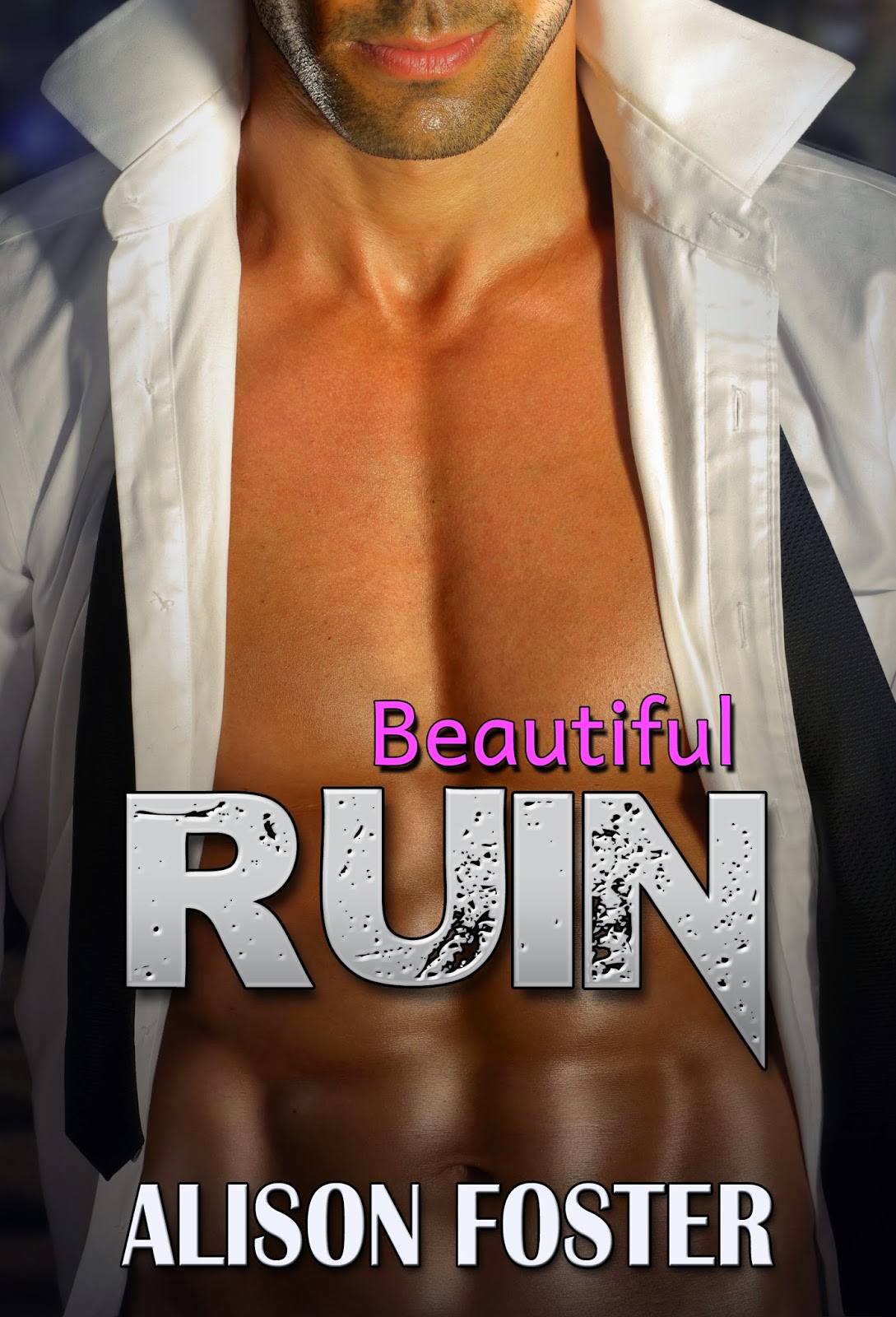 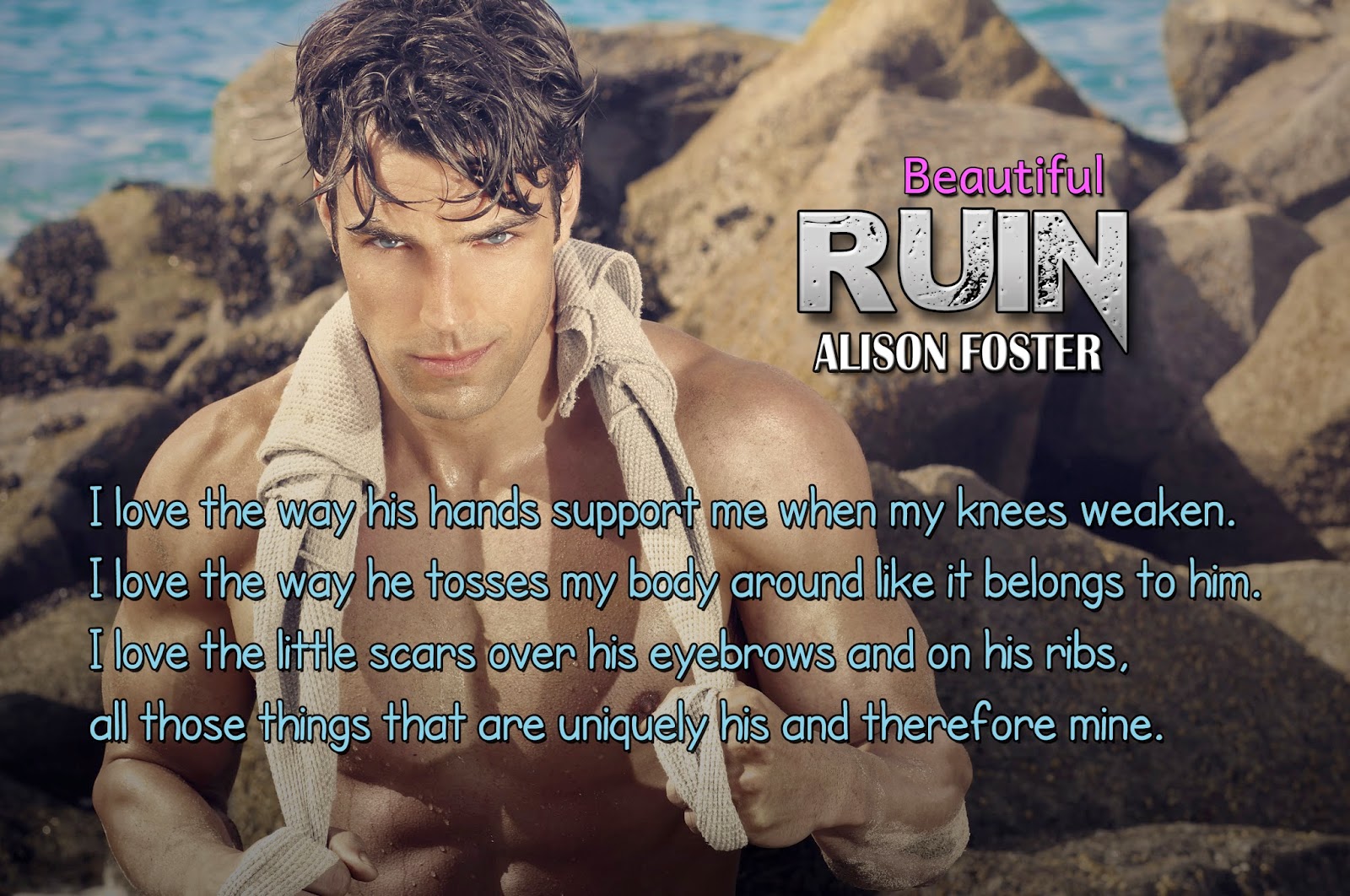 SYNOPSIS: Grace Kendall knows what it’s like to have life knock you on your butt. She’s been through hell and made it back. She’s fine with trusting no one and expecting nothing until a night wind blows something quite unexpected onto her doorstep in the rain. The scruffy, yet gorgeous enigma known as Nathan Henley steps inside her apartment and brings with him all those feelings Grace has tried so hard to tuck safely away. Beneath his bruised and damaged exterior, she senses all the dark and beautiful secrets lost within the tarnished diamond of his lonely heart. Like everyone before him, he must be too good to be true. She resists his mystery as long as she can, but she knows that any woman would gladly throw themselves against his rock hard chest and shatter helplessly into a million lustful pieces. When Grace finally decides to trust again, her ex-boyfriend Jack returns to her life with his crooked grin and the past comes crashing down. With the world spinning all around her, Grace must do more than trust, she must fight for the salvation of her own lonely heart.

*Content Warning: this book contains explicit language and sex. Mature readers only.* The expected publication date is September 19th, 2014, on all of your favorite e-book websites.

EXCERPT: Nate nods. His hand squeezes mine softly as he stares into my eyes. “I don’t know anything about your life,” he says. “There’s a good reason for that,” I try to joke. “It’s totally boring and uninteresting. Lame, as you put it last night.” “Hey, I didn’t say lame, I said pathetic. There’s a difference.” “Well, thank you. That makes me feel so much better. Promoted from lame to pathetic. Awesome.” “You’re welcome, but are we sure it’s a promotion?” “You’re so not cool,” I say. It’s probably ironic, but I feel relaxed for the first time in a long time. A time that I’d rather not reminisce. “I don’t know if you’ve noticed, but I don’t know anything about your life, either, Nate.” I’ve barely finished my sentence when he leans in and plants a kiss on my lips. My relaxation vanishes. The shock paralyzes my mind. I don’t know why, but I let him kiss my lips softly for as long as he likes. His bruised cheek brushes against mine but his soft stubble doesn’t bother me. The smell of fresh soap blends with the musk scent of his muscular body. I’m doing my best to control myself and not reach under his shirt to feel that six pack of his, but as he pushes his tongue in my mouth, I gently pull away. “Nate, we’re in a library,” I remind him. “So, you’re not mad?” he says, relieved somehow. “I’m not sure what I am. It’s just inappropriate.” “Did it feel inappropriate?” he says. I don’t answer. I just stare at him in a way that lets him know I’m done answering his questions. I’m not ready to embark on anything new and I don’t want to lie about loving the way he kissed me. I’m in charge. He reads my thoughts. “Hey, it doesn’t have to be complicated,” he says. “Let’s have dinner while going over our notes and creating our leaflets.” I nod, grateful for his quick thinking and his generous effort to make things easy and simple. “That works,” I agree. “I have some shopping to do,” he says as he gets up. “I’ll meet you in an hour back at your place.” “Make that an hour and a half,” I say, refusing to sacrifice the precious bubble bath I’ve had in mind since leaving work. He walks away and my heart is still racing. I find myself standing on the sidewalk outside the library not sure how I got here. Disorientation and wonderment course through my body making me light headed. When my mind starts working again, it hungers labels for what just happened. Love at first sight or spontaneous lust or the desire to disappear from everything. Strangely, it felt safe and trustworthy. It felt like it should have happened and so I allowed it. For the first time since Jack, my heart pounds out of control with electric curiosity. I didn’t know if that would ever happen again. I think of something I read recently, a Japanese saying: If it’s good, hurry.

AUTHOR BIO: Alison Foster loves reading a good love story almost as much as she loves writing one. She spends her time dreaming up strong heroes and even stronger heroines and she enjoys finding unexpected strengths within her characters when they are in the most unexpected places. She believes that passion makes the world go round and that a sexy grin is as sweet as candy. She loves interacting with readers, so feel free to drop her a line.