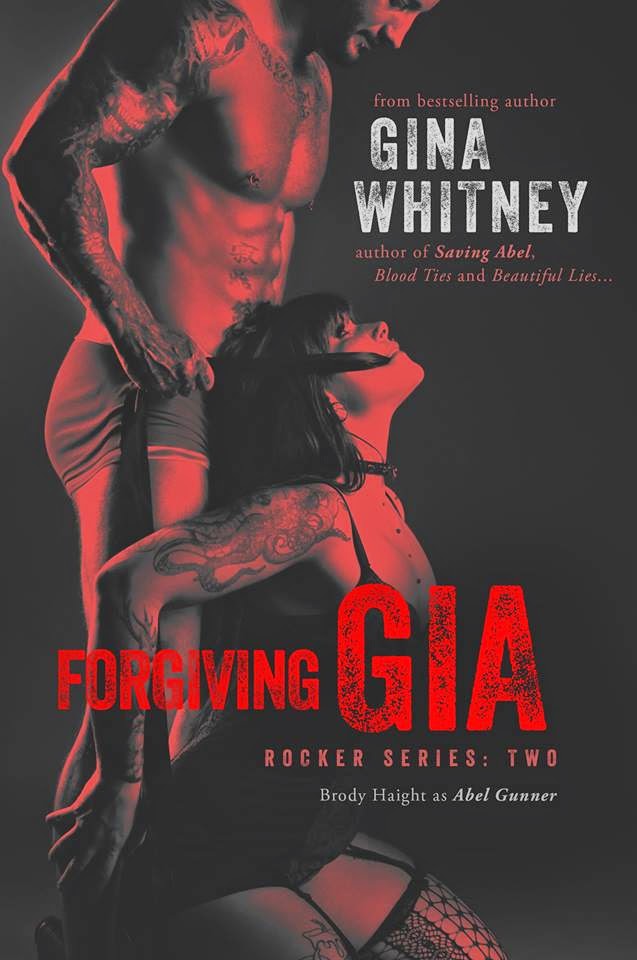 Title: Finding Gia (Rocker Series: Two)
Author: Gina Whitney
Genre: Erotica BDSM
Expected Release Date: October 20, 2014
Cover Designed by: Regina Wamba at Mae I Design & PhotographyHosted by: Lady Amber's Tours
Blurb:
Abel Gunner is a Dom rock-star with legendary skills in the bedroom. He swore he wouldn’t fall for another women after scheming manipulative Morgana. Until, he met his new Sub Gia Mastro. His darkened soul longed for her submission, affection, and ultimately love. Her pain brings the pleasure he craves. They share a deep connection that has him craving the love he never asked for. Her smile calms the beast that rages within. Gia loves Abel more than life itself. But, Abel is devastated by what he perceives as lies and deceit and threatens to destroy what little happiness Gia’s ever known. Her life hangs in the balance. His life depends on forgiving her. This couple must face many truths: Is love enough to overcome the damage that dwells within? Gia’s experiences with love have been nil. Until meeting the infamous bad-boy rocker Abel Gunner. Swept up in a mind-bending Dom/Submissive love affair she’s force to make decisions that have both helped and hurt their relationship. Gia’s mother has betrayed her in the worst possible way. Abel’s ex-girlfriend Morgana an unbearable thorn. When she wakes her reality is stripped of meaning. Abel, has walked away from her leaving her imprisoned with torment within her own mind. They both have to face their demons before they can embrace a future together. In the end, they’re faced with two choices: Fight for love or die with their demons.

Gina Whitney grew up reading Judy Blume, and Nancy Drew books. She was raised in the town of North Valley Stream, New York(Long Island)and attended community college for fashion design. At 19 she opened a boutique. She recently published her first paranormal romance novel Blood Ties. When she's not writing, she's hanging with family and friends. She shares a home with her wonderful son’s PJ and Drew, and their 200lb Mastiff Hercules. She currently lives in Massapequa, New York. Reading has always been a passion and obsession. You can usually find her typing furiously while shouting obscenities over her latest work. She also enjoys a good laugh, being snarky, espresso, and above all steamy swooning angst filled novels. She's pathologically obsessed with True Blood(Eric ;), Games of Thrones, Borgias, Vampire Diaries and Originals. You can also find her chatting it up with readers on Facebook.


Posted by PNR Book Lover Reviews at 6:48 AM