He has tradition ingrained in him…

She lives for the moment…

Will they find a common ground?


Lex Fitzgerald is not your average billionaire. He leads a double life as the conscientious head of his family and the pleasure-seeking rogue who parties hard and pushes the limits in and out of the bedroom. His two worlds are about to collide because of one woman, Jillian Finnegan.


Lex needs a secret weapon to defeat a competitor and finds it in Jillian Finnegan. He has no intention of letting her potty mouth, her crazy lifestyle, or her eccentric family get in his way. So when he makes her an offer, he expects her to accept. However, sparks start to fly when Jillian gives him a counteroffer and dares him to refuse. Has Lex finally met his match?

.99 Cents for a Limited Time

Lex’s head snapped toward the sexy, feminine voice. A woman
in a red skydiving suit walked toward him, her eyes on his bike.

He tried not to cringe. She was everything he hated about
Hollywood. Her makeup was over the top, like she was trying to cover up all her
imperfections. And it was impossible to tell her hair color because of the
atrocious multicolored wig.

As though she felt his disapproval, she shoved her hands in
the pockets of her jumpsuit. The action drew his attention to her generous
hips.

“Thank you,” he said politely and hoped the woman would go
away.

Lex gave her a second glance, trying to see beyond the heavy
makeup. He noted her button nose, lush lips, and the gentle curve of her
cheekbone. “Modifications?”

“The handlebar, the chrome finish, and the hand-adjustable
rear suspension weren’t in the original Road King. The adjustable seats and the
fenders are also new.”

A woman who knew bikes. Now he was intrigued. He noted more
things about her. She wasn’t busty, but her posture said she was proud of
whatever she had under the suit. He was a curves man. Not something to brag
about, but curves and gentleness were two things he appreciated and enjoyed in
the opposite sex.

He couldn’t tell anything about her. Not her hair or the
color of her eyes hidden by the long fake lashes and hooded eyelids as she
studied his ride. Not that it mattered now. She could be wearing a sack over
her head and he’d find her interest in his bike fascinating.

“It can hit eighty in fifth gear and still run smoothly,”
Lex said. “You obviously know your bikes.”

“I’ve ridden some, modified a few. Road Kings are powerful
and beautiful, but I prefer smaller bikes. I own an XD after years of being an
F4i fan, but—”

F4i were made by Honda and were favored stunt bikes. Eddie
planned to replace them with Leeds bikes. “But?”

Her head lifted, and their eyes met. She flashed a smile.
“The XD could do with a little tweaking here and there. How does RK handle on
the highway?”

He’d pushed the RK to one-forty with ease, but he was still
reeling from the effect of her smile and couldn’t respond. It transformed her
face, garish makeup and all. She had gorgeous turquoise eyes, darker on the
edges and lighter toward the center. Then what she’d said registered.

More tweaking? Eddie and his team of engineers had worked
their asses off to get the engine and proportions right. He reigned in his
annoyance and forced himself to focus on her question. What was it? The RK on
the road.

“Handle her with care, and she’ll give you the best ride of
your life.”

“Sounds like something I’d like to try,” she purred,
grinning while giving him a slow perusal that said she was flirting with him.
“I love rides. All kinds of rides,” she added softly, voice all husky, eyes
meeting his under the canopy of her fake lashes.

And damn if she didn’t get a rise out of him. She wasn’t
even his type. “Maybe I’ll let you, if you ask nicely,” slipped out of his
mouth before he realized it.

“I don’t do nice, but I could make an exception”—she
laughed, her eyes twinkling—“for the Road King.” She turned and threw over her
shoulder, “Nice chatting with you. Take care of that baby. It’s truly a king
among bikes.”

Lex didn’t say anything. He was still trying to find his
balance. Who knew a woman’s laugh could have such an effect on him. When she’d
paused at an exception, he’d expected
her to say him. He’d never been jealous of a bike until today.

His eyes followed her, loving the sway of her hips, which
was surely for his benefit. She confirmed it when she glanced over her
shoulder, winked, and laughed.


That rise she’d gotten out of him was now a throbbing
hard-on. Lex shook his head to clear it and focused on controlling his body. He
didn’t know what had just happened, but he was finally looking forward to being
at the Perris Valley Skydiving School today and
the party this weekend. He had to know the identity of that woman. 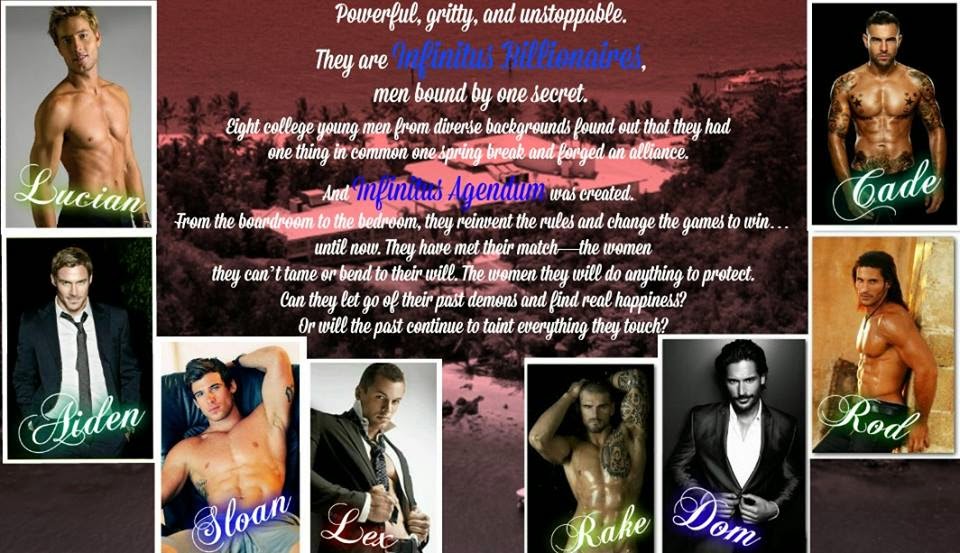 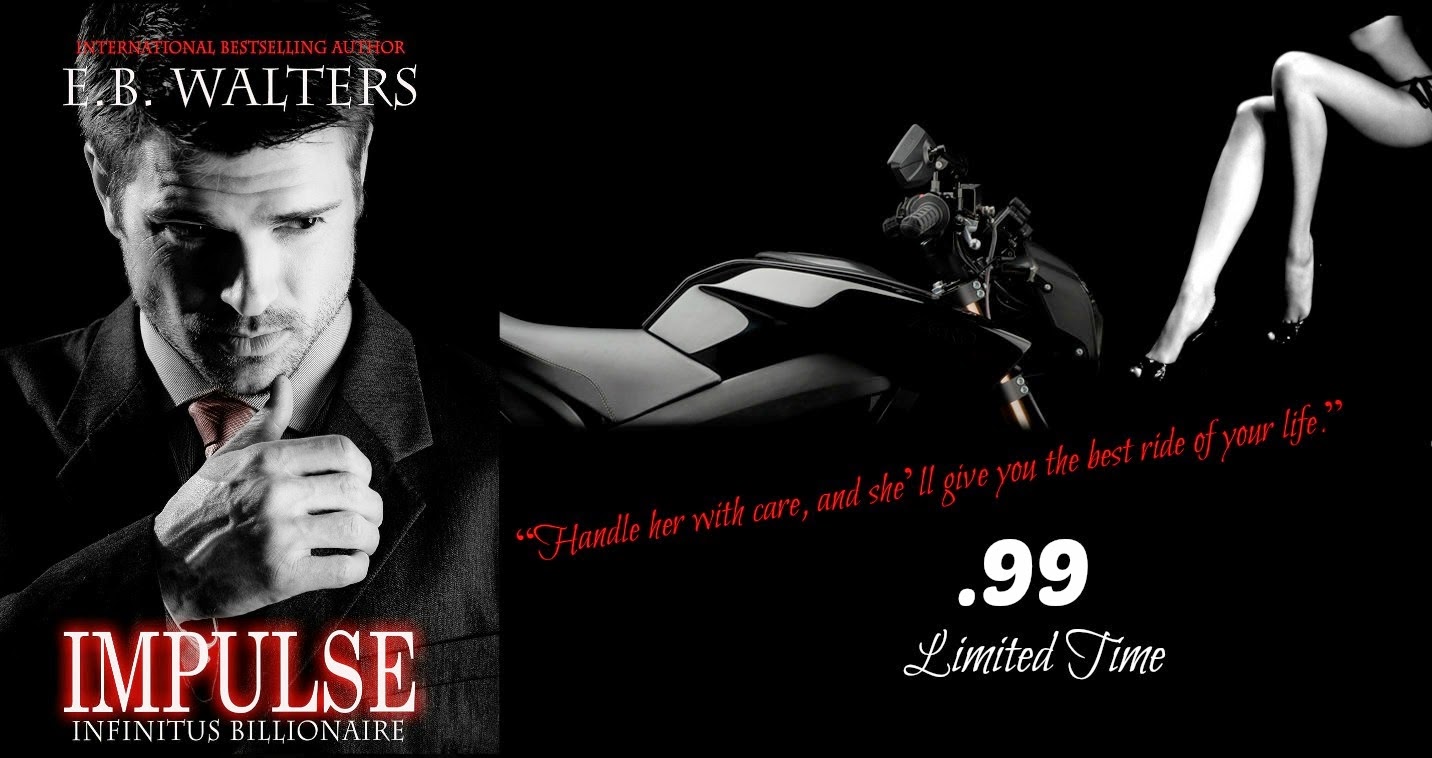 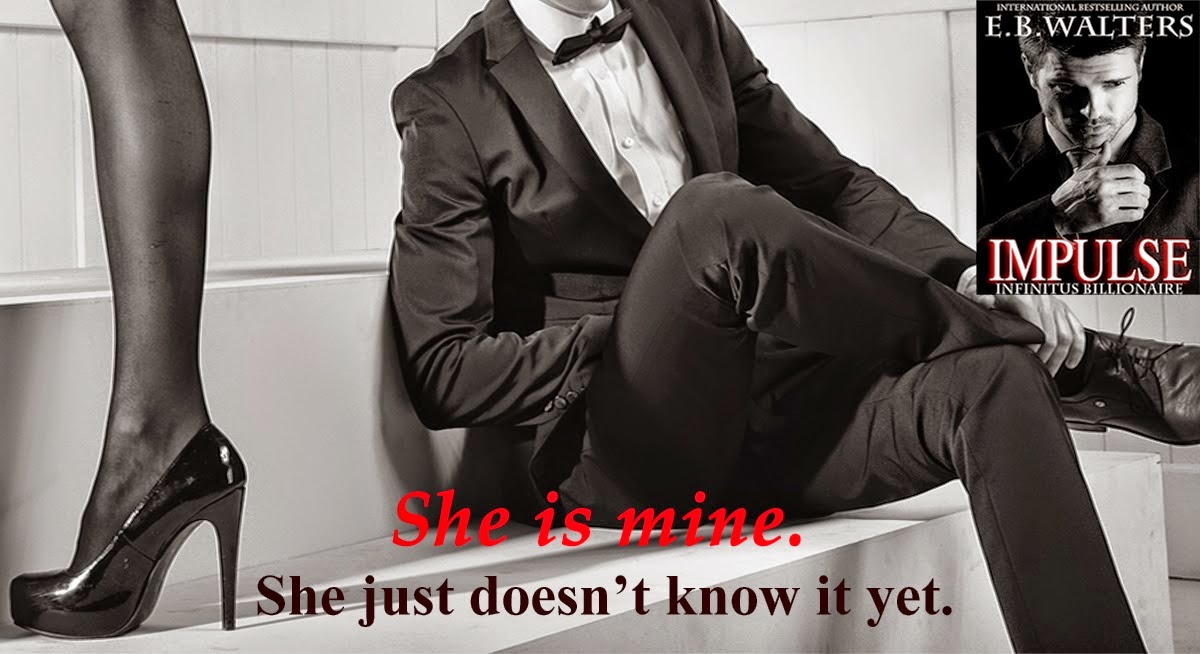 Ednah B. Walters writes about flawed heroes and the women who love them. She writes contemporary romance under E. B. Walters. From her first series, the Fitzgerald Family, to the new Infinitus Billionaire series, love, family, and friendship play crucial roles in all her books.


NA Runes spin-off Grimnirs (Grimnirs and Souls) can be read as part of the YA Runes series. There are clean versions for those uncomfortable with swear words and sex scenes.

Posted by PNR Book Lover Reviews at 7:54 AM