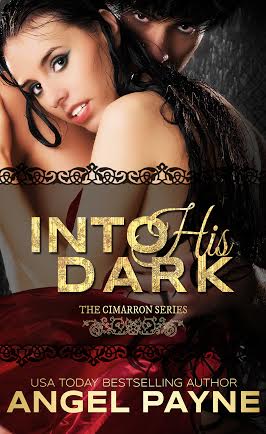 USA Today Bestseller Angel Payne unveils the first full-length novel of a sensuous new series, set in a land of breathtaking beauty...hiding a world of dark and illicit desires.
The Cimarrons...

They're the mysterious, magnetic ruling family of the most secretive kingdom on earth: the Island of Arcadia.

No Westerners have ever been allowed inside Arcadia's borders...until now.

Camellia "Cam" Saxon struggles not to pinch herself. Is she really here, as a guest in the castle of the world's most mysterious royal family, working on the only western

film crew allowed on the island of Arcadia? A year ago, she was the girl who finished college with a sigh instead of a bang, moving on to a safe job and a steady suburban routine without a blink.

Until she receives a call from a film graduate buddy that will change everything.


Cam's excitement turns to dread inside one instant--as soon as she lays eyes on Evrest Cimarron. Beautiful, chiseled, commanding, and regal, he turns her logic into ash and her blood into fire--making it damn near impossible to remember the crown on his head.

As an Arcadian alone, Evrest must be thrust onto Cam's don't-even-go-there column. As the leader of the kingdom, he must also be the face on her delete key--a fantasy never to be fed...ever.

A journey to the forbidden...


A mishap lands Cam in Evrest's most secret chambers, surrounded by luxury beyond imagination--and seduced by a creature who is no longer charming host and alluring king but powerful, passionate man--who craves nothing but her in his arms. Beneath Evrest's touch, Cam learns she has new identities, too, The sensible girl is abandoned for a woman of dark and sinful desires

It's the most incredible night of her life. The most perfect man she's known. The most flawless fit for her soul.

A mistake she can never make again. 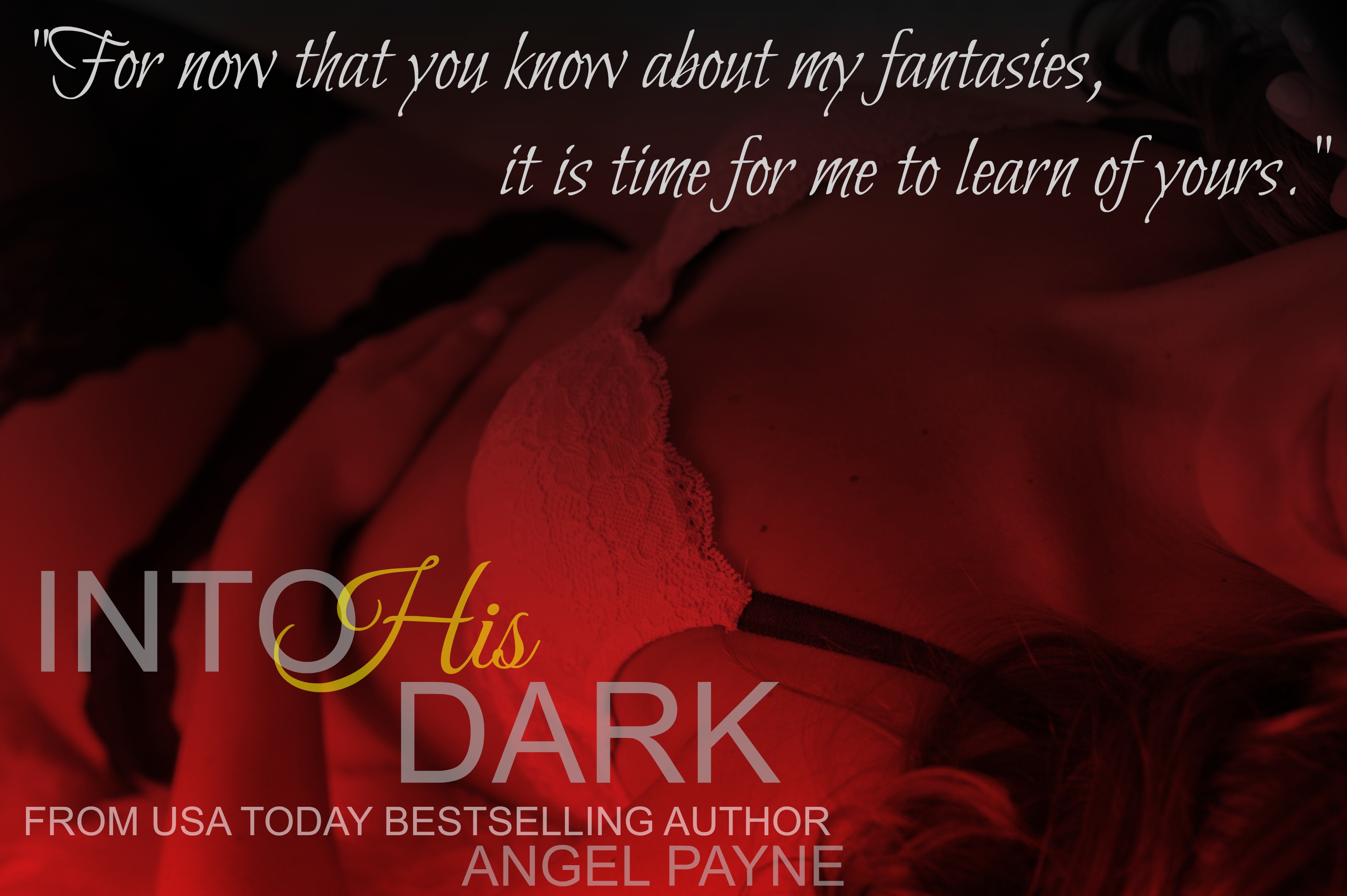 He stopped me with another blood-melting kiss. And a lot more.

The second our mouths slammed again, he hauled me up from the mattress, molding my body against his, stopping our clutch long enough to growl out a single directive. “On your knees, Camellia.” As soon as I curled my legs in compliance so our upright torsos were smashed tight, he claimed my lips again, growing our passion with longing, plunging sweeps of his mouth. New position? Definite thumbs up. I now had the chance to explore the sinewy plateaus of his back before scratching down the slopes of his shoulders.

Gaaahhh. He was…breathtaking. A living work of art, captivating me anew every time he moved. I longed to beg for a whole day of just touching him—though now, with his cock fitted against my cleft, the request got shoved to the bottom of the priorities list. Impatience, almost anxiety. Hell, how I craved him inside me, hot and huge and—

Only my jeans remained between us. Not an issue for much longer if I could help it.

I slipped my hands from his shoulders to take care of it, but had only the button twisted free when Evrest grabbed me by both wrists, wrenching them over my head.

My fingers collided with something…metal? I looked up. Sure enough, he wound my grip around a shiny steel rod, suspended on chains from the bed’s sturdy canopy support system.

Okaayyy. Interesting. My pulse tripled, easily acknowledging a fresh flood of sensations. Fear. Excitement. Fear again. What the hell now? The stare I shot to Evrest yielded what I anticipated—his alpha wolf eyes at their strongest, his rugged jaw at its stoniest—conveying his low command before he even uttered it.

My chest pumped as his just had. What a difference a few minutes made. I thought of how he’d surrendered his erection into my hands, trusted me with the most vulnerable part of his anatomy, allowed me to pleasure him…and now, stretched into a similar position, breasts jutting and body stretched, questioned why it was so hard for me to do the same.

Because this reminds you that your body isn’t the only thing bared to him right now? Because with every passing moment, in bigger and bigger chunks, your spirit is investing in this, too? Perhaps even your heart?

I got rid of the thoughts by plunging back into humor. “Ah. So this is the part with the handcuffs.”

One side of his mouth lifted. Not in a smile. “No handcuffs.”

My chest tightened a little more. Another battle between anticipation and trepidation. “Well, where’s the fun in that?”

“No handcuffs. Not needed.” His hands skated down my arms until curving in at my waist. He brought his face closer, angling over me. “You’ll simply obey me, Camellia—because you want to. We both know it.”

“Because I’m a good little girl?” I teased.

“Because you are not.”

He was so close again. His breaths were full of pepper, paprika, and a touch of nectar, a blend of spicy and sweet making me a little dizzy—and a lot aroused. What he demanded of me, with this position alone…the openness, exposure, honesty…exposed so much of me in other ways. My skin was pure electricity. My muscles flexed with readiness. And my sex…hell yes, more than ready. Needing. Clenching.

And wet. So damn wet…

“Your blood sings in the key of naughty, Camellia. And your body…fuck, I can feel it…your sweet, beautiful body hums with the vibration of wicked. And your spirit longs to free it all but you have kept it locked away, in that cage deep inside your soul, simply praying somebody will find it and open the door.” As his hands slipped lower, finding the waistband of my jeans, he fit his head into the curve of my neck. “I am going to open your door, Camellia. And you shall step from that cage, free to show me who you really are. Free to give flight to that creature at the backs of your eyes, restlessly pacing, wanting her dark sky to soar in. I am going to light the stars in that sky for you…then watch in awe as you make them all shiver as you pass.”

I've been hooked on books since I was a kid but it got worse in my twenties, when I discovered romances--the hotter, the better. Growing up in Southern California, with lots of surfer manliness surrounded me, was certainly a good boost for reading about delicious alpha guys and the women who adore them. When I learned I had a knack for telling these stories too, I guess you could say I was doomed--though my path toward romance novelist took a few detours via a concert-reviewing gig for my college newspaper (free show tickets...backstage passes...that was a no-brainer), artist interviews for a Beverly Hills dance music mag, personal assistant work for a record producer, dance club disc jockey, and a lot of fun in the hospitality industry.

These days, I still live in California, and have found an amazing alpha guy of my own who was brave enough to marry me. We live on a street that looks like Brigadoon, with our beautiful daughter. I have the best life ever, and never forget to thank the Big Guy Upstairs for it, either.

Posted by PNR Book Lover Reviews at 7:37 AM