From the author of Phoenix Rising, comes the second novel in the Phoenix Series. A tale of darkness, love, and mortal enemies...

Black magic. Immoral monsters. Death. And bone-deep, soul-to-soul love with a green-eyed man hell-bent on owning every part of her heart.

Daughtry’s life changed forever when she bonded with Cody and began to control her visions. Yet as she masters her magic, those very same abilities threaten to harm the people she holds most dear.

When an opportunity arises for her to fix a past wrong, does she dare risk using her magic in order to set things right again?

A soul sweeping darkness is lurking at the Colony, making the choice for her and threatening the world she’s built for herself. But Daughtry soon discovers that if she’s to have the future and love she’s always wanted, she must fight for it.


Favorite Quote: “Do not dwell in the past, do not dream of the future, concentrate the mind on the present moment.” –Buddha 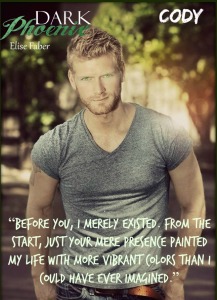 Descended from magical beings that could control the elements, the Rengalla appear human but are more. Besides their magical abilities, they live on average a millennium and a half, are rarely sick, and heal rapidly.

An elite group of warriors whose purpose is to protect the Rengalla from the Dalshie. The current LexTals are: Dante, Cody, John, Morgan, Mason, Monroe, Tyler and two new recruits whose names the rest of them haven’t bothered to learn yet (the training is excruciating and the fail rate is high).

“Turned” Rengalla who’ve been corrupted by their magic — who’ve used their powers to hurt others. As the infected magic invades their mind and soul, a stain spreads over their body, starting from their palms and spreading up their arms. Once the taint reaches the heart and brain, every trace of the former Rengalla is lost, leaving only a cruel, inhuman monster in its wake.

Recognize these evil creatures from their stained palms. They can glamour most of the taint of the black magic, but cannot hide the infection on the center of their hands. They also heal instantly, have red eyes (when their glamour fails), and can only be killed — ashed — via decapitation or a direct strike to their heart.

Secondary is combining 2 or more elements into another power, e.g. healing or teleportation

Once they’ve begun to turn, the Dalshie can no longer manipulate the elements. They retain magic, but it turns black and it can only hurt — burn, maim, destroy.

Located on the border of Kentucky and Tennessee, this hidden building is the home of the majority of the Rengalla. It’s tucked in a stretch of rarely occupied National Forest and is glamoured to appear like an ugly old warehouse in order to keep the humans away. It’s also protected by a shield that prevents the Dalshie from getting in an attacking the Rengalla. 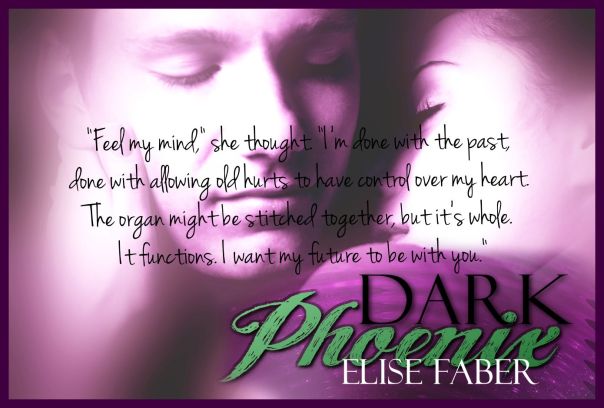 An Interview with Cody

C: I happen to prefer girls with mahogany hair and porcelain skin.

How do you feel about Daughtry?

C: *rolls his eyes* What do you mean, ‘How do I feel about Daughtry?’” That’s the stupidest question I’ve ever heard. I love that woman; need her more than I need air to breath. She’s my other half, sewn so deeply into my soul that she can never be excised.

C: I only watch movies. And no, I won’t tell you my favorite one of those.

C: Being so focused on the past hurts and fears that I missed out on the today. I was lucky enough to get a second chance and I won’t squander it.

Do you believe in love at first sight? 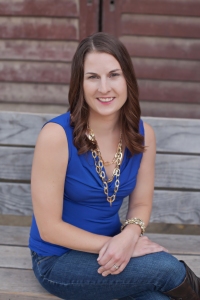 Despite moonlighting as a zookeeper and then a dog trainer, Elise decided that the only mammals she wanted to work with were her dark and sexy heroes and heroines. She inherited her love of reading from her mother and grandmother who dutifully kept stacks of romances where her teenaged fingers could easily pilfer them. She lives in Northern California with her three dogs, two energetic (read crazy) boys, and her awesome (see prior comment) husband.

Enter to win a SIGNED copy of DARK PHOENIX or one of TWO ebooks!

Posted by PNR Book Lover Reviews at 7:44 AM