Hello, Hi & Welcome to my little slice of the
bookish community. 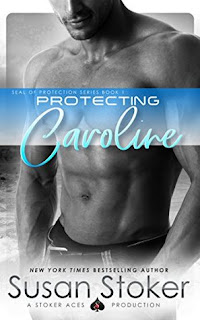 BLURB
**Protecting Caroline is a stand-alone love story. It’s Book 1 in the SEAL of Protection Series.** Matthew “Wolf” Steel hated flying commercial. Luckily his job as a Navy SEAL meant he didn’t have to do it very often. He’d been unlucky enough to be assigned a middle seat on the cramped jet, but fortunately for him, the woman next to him was willing to switch seats with him. Hoping for a relaxing flight, Wolf was pleasantly surprised at the good conversation and sense of humor the woman had as they flew 36,000 feet over the countryside. When Caroline boarded the plane to Virginia to move across the country for her new job she never expected to be seated next to the hottest guy she’d ever seen. She also never expected he’d be so easy to talk to. She knew he’d never be interested in talking to her if he hadn’t been trapped in the seat next to her, but it was a nice way to spend a long plane ride. Neither Wolf nor Caroline were prepared for a terrorist hijacking of their plane, but if Caroline thought that would be the last time she’d see, or need, Wolf, she’d be sorely mistaken. Start the SEAL of Protection Series with Caroline and Wolf's story

MY REVIEW
Protecting Caroline by Susan Stroker
This was my #romanceopoly Military Mews read.

I have to admit I was expecting better, really I was expecting to enjoy this so much than what I have. Firstly the romance was to me slightly weird, there was like no sex, there was some heavy kissing. You would get more sex in a Nora Roberts book, 100%

This was a quick action romance, it was the first book in a series, that I can see her fans would enjoy. Unfortunately I personally didn't enjoy, I found the main character Caroline annoying, her lack of self confidence made me itchy.

Its another sloppy put together romance novel that had a lot of potential but it was over before it started. it had no drive. Its full on, whip lash bouncing from ting to another. I love me some insta-love, but come on at least some insta love with some hot sexy smutty times. This was a disappointing read, I did like the team of SEALS.

I just felt like I have read it before but better, and longer, and with more to it. 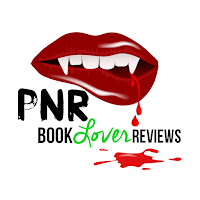 Posted by PNR Book Lover Reviews at 9:47 AM