My name is Jason Hart.

As the best defensive lineman in the country, I eat, sleep and breathe football. And I like it that way. I’ve only got a few more years before I’ll have to retire, so expending energy on anything other than football seems like a waste of time.

That is, until I have a random meeting with a little boy who just lost his father. We have more in common than you might think and it creates an unlikely bond. As our friendship grows, so do my feelings for his mother.

I know Addison, as a recent widow, isn’t ready to date again. But I want to get to know her better, in spite of all her rejections.

Is it possible that I, a self-proclaimed bachelor, could be having a Change of Hart? 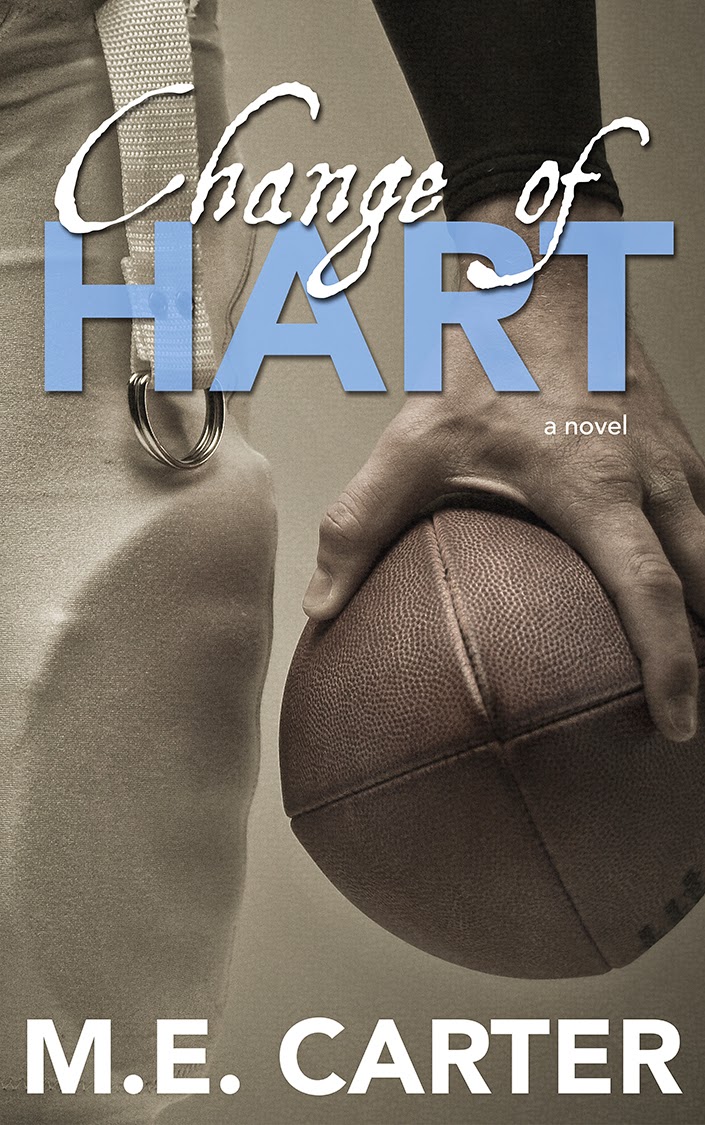 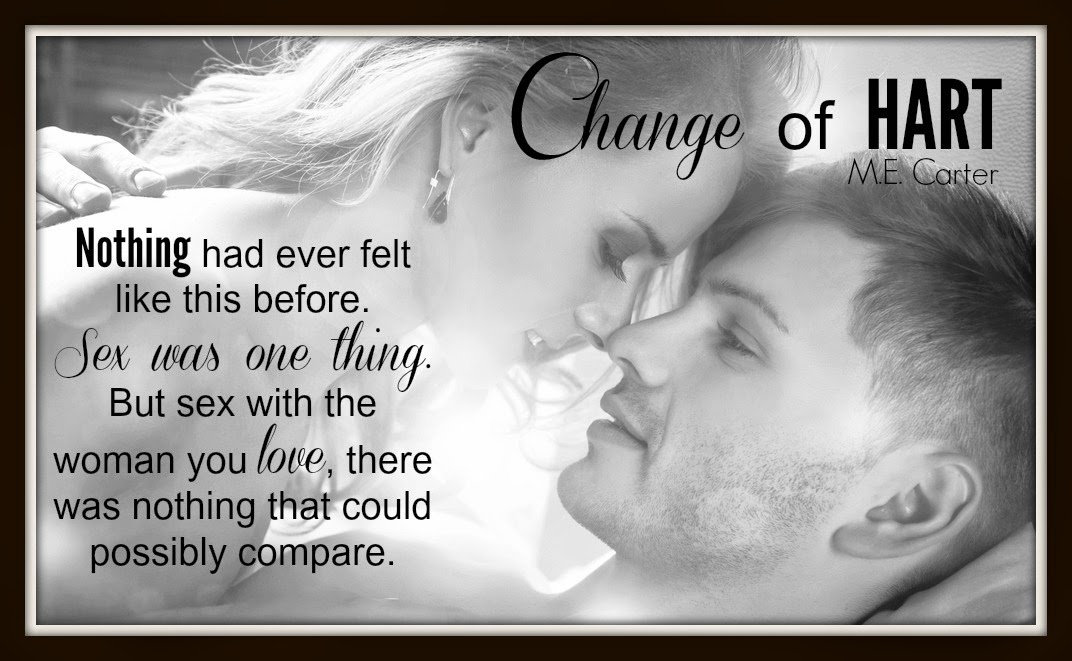 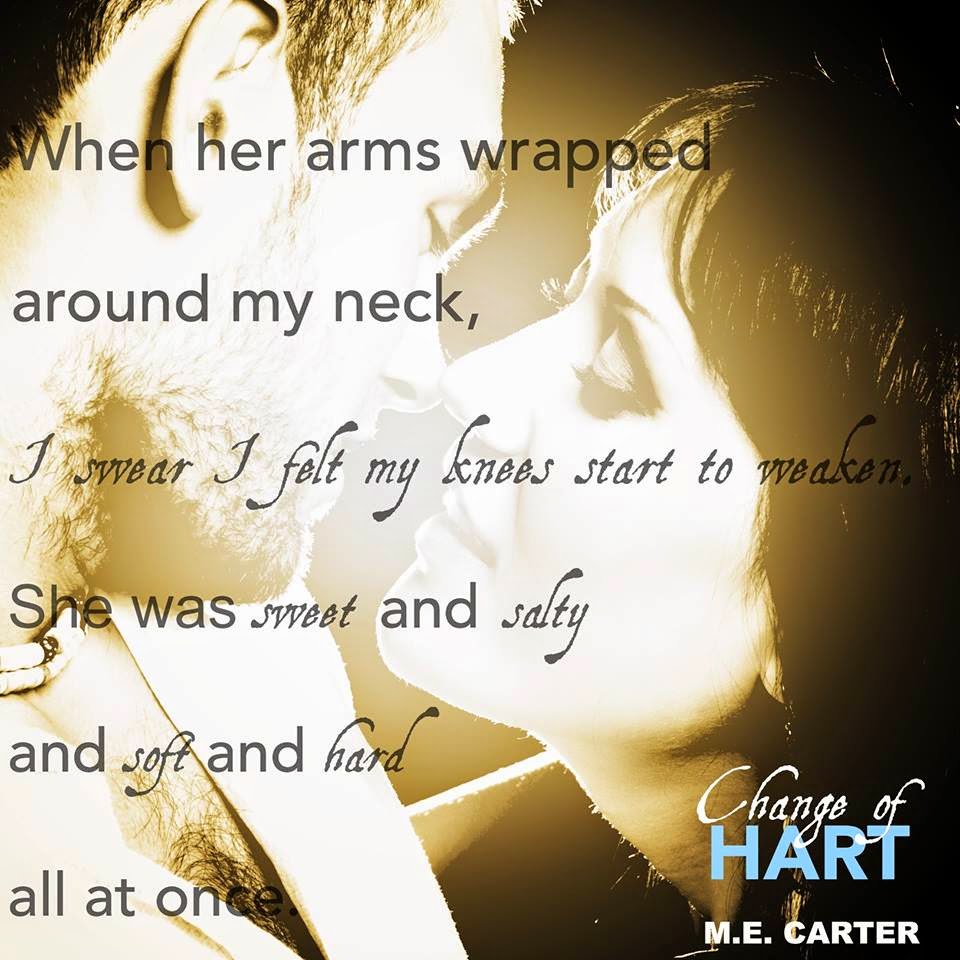 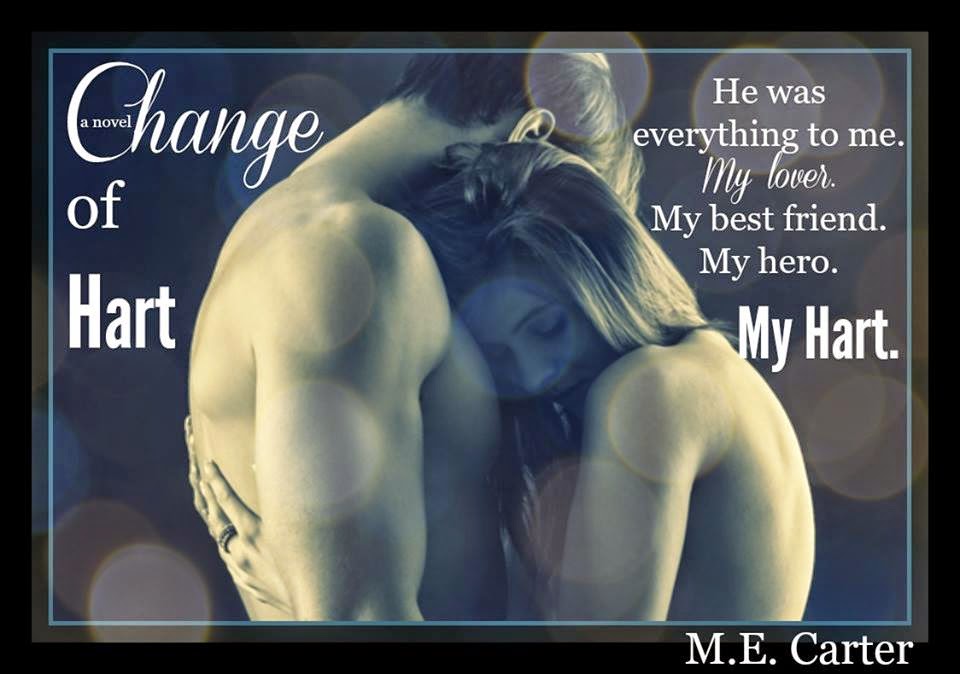 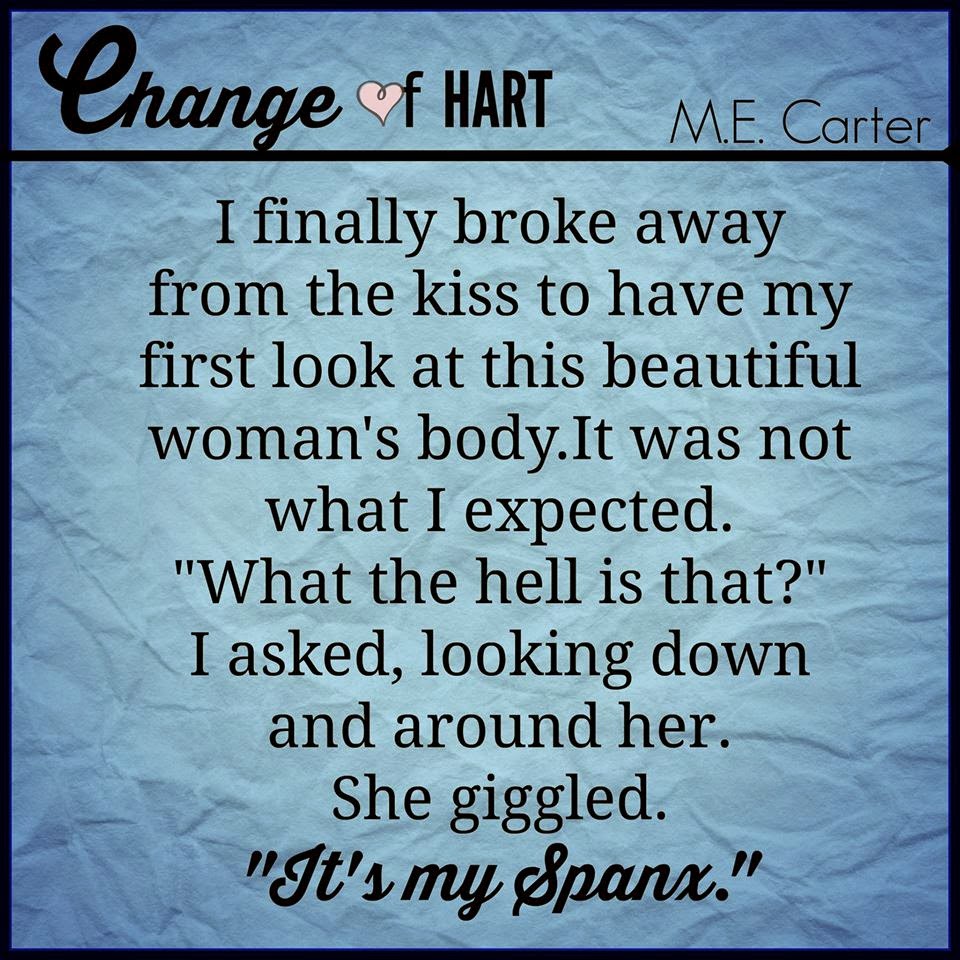 ME Carter didn’t set out to write a book. She just had a random story rolling around in her head after working with her local PTA. Then one day, it became all-consuming and had to be written down. This should come as no big surprise since she has always had random stories rolling around in her head and even wrote an episode of CHiPS at age 11. (She was the guest star, of course)

She lives in Texas with her husband and three children, Mary, Elizabeth and Carter. Get it? ;)