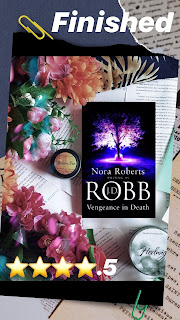 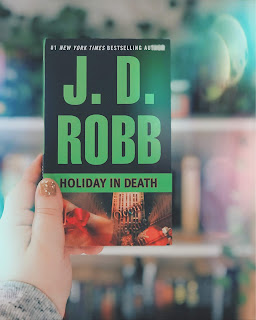 In this In Death novel from #1 New York Times bestselling author J. D. Robb, Lieutenant Eve Dallas learns that when technology links the law and the lawless, predators and prey can become one and the same…
He is an expert with the latest technology...a madman with the mind of a genius and the heart of a killer. He quietly stalks his prey. Then he haunts the police with cryptic riddles about the crimes he is about to commit—always solved moments too late to save his victims' lives. Police lieutenant Eve Dallas found the first victim butchered in his own home. The second lost his life in a vacant luxury apartment. The two men had little in common. Both suffered unspeakable torture before their deaths. And both had ties to an ugly secret of ten years past—a secret shared by none other than Eve's new husband, Roarke.

MY Thoughts
I have become obsessed with this series. I think mainly it is Eve & Roarke, they have such incredible chemistry and with each book they grow closer and closer. I adore them, massive couple goals. This story in the series, really puts on the pressure of there relationship and at some pints you really think that they might not pull through this one, because in this one Summerset is being set p as a killer, and all of his and Roarkes past comes back to haunt them. One time in in the distant past Summerset had a beautiful young daughter who who madly in love with Rorake, she was brutalised by 6 men who, rapped, tortured and killed her. The police back then did not give a hoot, and no one was punished... or were they? This book was a heck of a ride, twist and turns to boot, and I was living for it all. That and the sexy time between our fav couple. I loved the pace of this story and the writing, I love that it is literally a police show set in the future.

BLURB
Lieutenant Eve Dallas tails a serial killer who has a passion for the "Twelve Days of Christmas" in this novel in the #1 New York Times bestselling In Death series.
No one likes to be alone during the holidays. For New York's most posh dating service, Personally Yours, it is the season to bring lonely hearts together. But Lieutenant Eve Dallas, on the trail of a ritualistic serial killer who likes to dress up as Santa Claus, has made a disturbing discovery: all of the victims have been traced to Personally Yours. As the murders continue, Eve enters into an elite world of people searching for their one true love. A world where the power of love leads men and women into the ultimate act of betrayal...

MY THOUGHTS
This story is creepy, but I loved it's balanced by how innocent Eve is, or is it naive about her and friendships, love and everything that surrounds Christmas time. Under all that tough skin she portrays, there is this lovely sweet Eve that we adore, we see her open up more with Peabody, and her and Roarkes relationship is stronger then ever, also he works with her again through out this story with our new fav geek guy McNabb. When I finished I ordered the companion novel Midnight in Death because apparently it occurs during the same time as this and is the aftermath after this book. The twist and turn this one had was mind boggling, I cried because some of the subject matters is so sad. I just loved the growing friendships that she and Mira  have, I over all just adore this series. 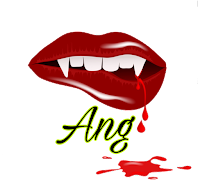