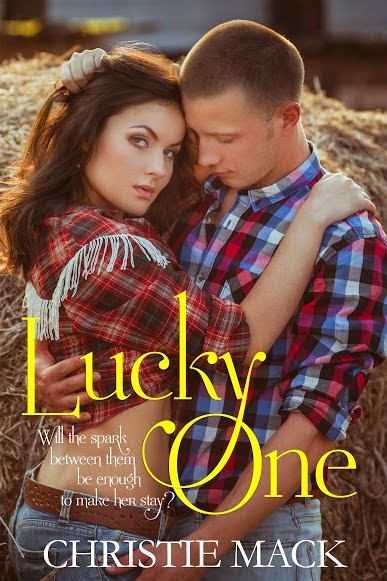 SYNOPSIS:
Logan Westervelt wore his heart on his sleeve until the day his wife and love of his life ran away in search of chasing her dreams in Hollywood, leaving him to care for and raise their two-year-old daughter Cassidy alone.
Now it’s two years later and the once-happily-married man is a single father who shies away from romance at the risk of his heart breaking all over again. To concerned family, he insists he's fine playing daddy without the fun of dating. Besides, he's been a little preoccupied with his daughter, who hasn't said a word since her mother left.
That is until aspiring country singer Ivy Jade Mackay arrives in town after her car breaks down, leaving her stranded and unable to continue on her journey to Nashville until the problem is fixed.
Ivy Jade has big plans for her future, and sticking around in Forest Grove, Alabama, isn’t one of them. But with little money to her name, she resorts to getting a job in town until she can afford to get back on the road with a reliable car.
Outside forces push them together with an undeniable attraction which neither Logan nor Ivy care to admit to. But when past lovers and career aspirations become a thing of the present, will the spark between them be enough to give Logan and his young daughter a second chance at love and Ivy a reason to stay? Will they be the lucky one for each other?

I'm a 27 year old Australian girl who loves nothing more than finding a really good romance book you can't put down until the characters get the happily ever after that they deserve. It was through reading that I decided to put pen to paper, or in this case, fingertip to computer key, and jot down the stories my brain comes up with. When I'm not reading the endless supply of books added daily to my iPad, I can be found tucked away with my laptop in front of me as I write about the many characters beg-ging me to tell their story, one book boyfriend at a time. You can drop me a line at any of the social networking sites listed below.

Posted by PNR Book Lover Reviews at 7:00 AM