I read all her Bound Hart series about 2 weeks ago!

They were Fantastic,different and new to me then anything else i have read.. From There I went to her Nauti Series,I am Loving it so far i have read 2 books of 5 :) 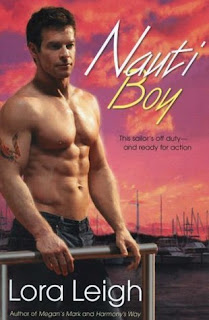 Once it was Kelly's dream too-to feel the heat of the boy she desired. But an attack from a stalker still on the prowl has left Kelly terrified of a man's touch. Now as fear and desire converge, Rowdy fights to save her from the deadly threats of a stranger, to rid her of her demons, and to satisfy a hunger more powerful than either can imagine.

I loved it!! I would re read it again and again!!!


And then Nauti Nights Summery 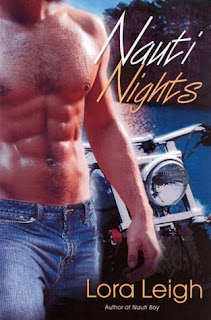 James "Dawg" Mackay has lusted after sweet Crista Jansen for years. Just as many as she's spent running from him - and from that dangerous attraction that shot like a spark through her whole body. But for Crista, running isn't an option anymore because Dawg's got a plan. It's kind of low-down. And kind of hot.

Blackmail is a dirty word, but Dawg will use it if that's what it takes to get Crista where he wants her. His hunger is too hard and fierce not to. He doesn't realize that Crista has a longing, too. She knows what he's up to, what he's capable of. He didn't get that nickname for nothing. And before the night is through, Crista's going to make him work for it.


OMG, this one was so Good, It had me crying at a few stages!